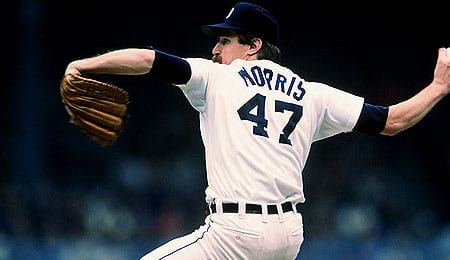 Will Jack Morris finally get the call to the Hall of Fame?

RotoRob’s Fantasy Baseball Weekly Podcast, heard every Thursday at 9 p.m. EST on Blogtalkradio, was back this week for its final episode of 2012.

Tim and RotoRob bantered back and forth about a variety of Fantasy baseball issues, such as:

To listen to our 2012 swan song in its entirety, click the pointy thing below.

By RotoRob
This entry was posted on Friday, December 28th, 2012 at 11:12 am and is filed under BASEBALL, Podcast, RotoRob, RotoRob's Fantasy Baseball Weekly, Tim McLeod. You can follow any responses to this entry through the RSS 2.0 feed. Both comments and pings are currently closed.