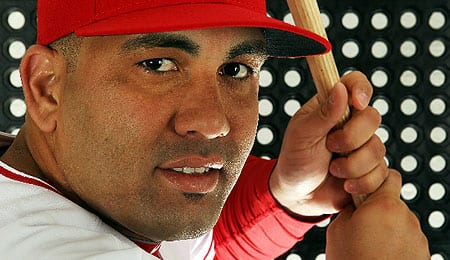 Will Kendrys Morales’ bat and eyebrows help the Mariners?

After a one week hiatus, we were back with another episode of RotoRob’s Fantasy Baseball Weekly Podcast, heard Thursdays at 9 p.m. EST on Blogtalkradio. Given all the trades and signings of late, there was a ton of things to discuss this week.

Tim and I blathered on about:

We covered all of this, plus offered up a crapload of stocking stuffers. Hear all the merriment by pressing the play button below. What are you waiting for?

By RotoRob
This entry was posted on Friday, December 21st, 2012 at 10:44 am and is filed under BASEBALL, Podcast, RotoRob, RotoRob's Fantasy Baseball Weekly, Tim McLeod. You can follow any responses to this entry through the RSS 2.0 feed. You can skip to the end and leave a response. Pinging is currently not allowed.