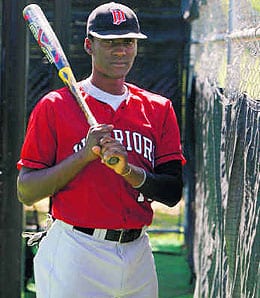 Ryan Braun, who celebrated his 29th birthday Saturday, has had an… err… interesting year.

Prior to the season, he got caught doing PEDs and faced a 50-game suspension that was going to really punch a hole in is Fantasy value.

Owners that grabbed him in the fourth, fifth or sixth round wound up getting a serious steal when Braun’s suspension was overturned on a freaking technicality, allowing him to play a full season.

Of course, the question remained: how much did PEDs fuel his career up to that point, including his 2011 MVP performance, and how much would his game slip now that he was clean?

Obviously the answer is none, as he finished second to Buster Posey in the NL MVP race and basically was just as good this year as last year – even though his main protection, Prince Fielder, was no longer in Sausage City. On the flip side, the emergence of Norichika Aoki at the top of the lineup helped Braun keep his RBI count up.

Braun topped 40 homers for the first time, set a career high in walks and enjoyed his second straight 30-30 campaign. He become just the 11th player ever to have a 40-homer, 30-steal season. Based on WAR, he had his best season ever this year.

He led the NL in homers, runs, total bases and OPS, yet didn’t get within a sniff of Posey for the hardware. Obviously, last year’s tainted MVP and then escape from justice entered into the equation here.

By RotoRob
This entry was posted on Sunday, November 18th, 2012 at 11:49 am and is filed under BASEBALL, Fantasy Notes, Player profile, RotoRob. You can follow any responses to this entry through the RSS 2.0 feed. Responses are currently closed, but you can trackback from your own site.