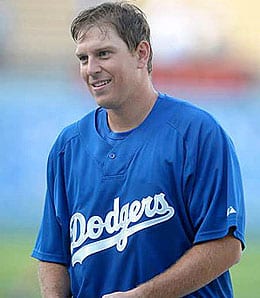 The value of the waiver wire can never be understated in our game. Who would have thought we’d find an MVP candidate ripe for the picking in early April? How about a closer that would finish second in all of baseball in total saves? If you take a look at the league leaders as we wind down the 2012 campaign, many of those top teams will have found a spot for these waiver wire gems. Without further ado, let’s give the 2012 Wire Troll All Stars their just accolades.

Wilin Rosario, Colorado Rockies: In 383 at-bats, the Rox rookie has 27 homers and 70 RBI to go along with a surprisingly solid .274 BA. He’s enjoyed a true breakout campaign and if he can get his defensive game in order he has a bright future as a power producing catcher in Colorado.

Adam LaRoche, Washington Nationals: He has to be the current favourite for the NL Comeback Player of the Year Award. After a miserable 2011 ruined by injury, LaRoche has bounced back and been a huge factor in the Nats securing their first playoff berth since moving to Washington. We’ve also witnessed some consistency this season as he hit 15 long balls before the break and 17 in the second half. Those of you who gambled on a return to form for LaRoche have been handsomely rewarded.

Marco Scutaro, San Francisco Giants: A rather disappointing first half turned into gold for the Giants when they acquired Scutaro at the end of July. The absence of Melky Cabrera left a rather serious hole in the Giants’ lineup and Scutaro has stepped up his game and been a huge factor in San Francisco securing another NL West title.

Todd Frazier, Cincinnati Reds: Filling in for Scott Rolen first and then Joey Votto, Frazier was a key contributor for the Reds in their pennant winning season. In 416 at-bats he’s slugged 19 homers with 66 RBI which should garner him some support in the NL Rookie of the Year voting. Rolen is unlikely to return in 2013, making Frazier a very intriguing option next season.

Everth Cabrera, San Diego Padres: In 383 at-bats, Cabrera is up to 37 stolen bases while being caught just three times. If your need was for speed, he more than delivered the goods this season.

Mike Trout, Los Angeles Angels: What can you say about the season we’ve witnessed from Trout? We are getting the opportunity to see history in the making and what a ride it’s been. He’s currently batting .322 while leading the league in runs scored with 126 (a margin of 18 over his closest competitor, Miguel Cabrera), leads the league in stolen bases with 48 while being caught only four times, and has chipped in with 29 homers and 79 RBI. How many winning Fantasy squads will have Trout to thank come year end?

Josh Reddick, Oakland Athletics: Reddick has slowed down in the second half, but his overall contributions to the over-achieving Oakland A’s can’t be discounted. He’s up to 31 homers and 81 RBI on the season which is pretty darn good value for a player that was widely available heading into May.

Norichika Aoki, Milwaukee Brewers: Aoki moved into the leadoff role in May and solidified it with an outstanding second half. Not bad for a guy that the Brew Crew bid on blindly and had to hold an audition for to actually see what they were getting. He’s been on fire down the stretch, setting the table for Rickie Weeks and Ryan Braun. In 108 at bats in September, Aoki has scored 21 runs and with an OBP of .374. Toss in the four homers, 18 RBI and a perfect seven for seven in thefts and he’s been Fantasy gold.

Kris Medlen, Atlanta Braves: Way back in the middle of June, Medlen was owned in a scant seven per cent of CBS leagues and unowned in ESPN leagues. Seems like a long time ago, doesn’t it? What an amazing run it’s been for him as he’s carrying many teams to the Fantasy winners circle this season. Since moving into the rotation at the end of July, Medlen has started 11 games, winning eight of them while allowing a total of nine earned runs. The Braves have won 22 straight starts made by Medlen. Wow!

Wade Miley, Arizona Diamondbacks: The injury to Daniel Hudson opened the door and Miley never looked back. It seemed that Miley continually dealt with adversity with Tyler Skaggs and Trevor Bauer lurking in the shadows, but kept fending them off on his way to posting 16 wins and quite possibly the NL ROY award.

Clayton Richard, San Diego Padres: In a season that saw the Padres lose Tim Stauffer, Joe Wieland and Cory Luebke to various injuries, Richard very quietly picked up the pace, winning 14 games and emerging as a huge contributor in a very solid second half surge for the Padres.

Marco Estrada, Milwaukee Brewers: The Brew Crew has been tearing it up lately and Estrada has been a huge contributor to that success. In his last eight starts, he’s won five and has allowed a total of 11 earned runs — six of which occurred in a hiccup against the Nats. Toss in 56 strikeouts in the 48 2/3 IP over that stretch, and other than Medlen, Estrada has to be the most valuable waiver wire pitching addition in the second half.

A.J. Griffin, Oakland Athletics: The amazing A’s just kept on churning out the rookie starters this year and Griffin has to be at the top of the class in the second half. The seven wins he’s produced since getting the call at the end of June have gone a long way in determining Oakland’s fate this season.

Fernando Rodney, Tampa Bay Rays: In a year that saw roughly 50 per cent of teams go through a change in the closer position, there were numerous standout and step it up performances. The biggest of these has to be Rodney. Owned in only five per cent of the leagues playing over at CBS to start the season, his ownership jumped in early April by leaps and bounds. Rodney is up to 46 saves with only two blown on the season and is second only to another equally surprising closer in Jim Johnson. The last earned run Rodney allowed was back on August 8 against the Jays and one of only five on the season in total. Maybe there is something to be said for buying saves late and using the waiver wire to augment that category.

By Tim McLeod
This entry was posted on Sunday, September 30th, 2012 at 3:50 pm and is filed under BASEBALL, The Wire Troll, Tim McLeod. You can follow any responses to this entry through the RSS 2.0 feed. Both comments and pings are currently closed.