The Wire Troll: Ronnie Price the New Two in Phoenix 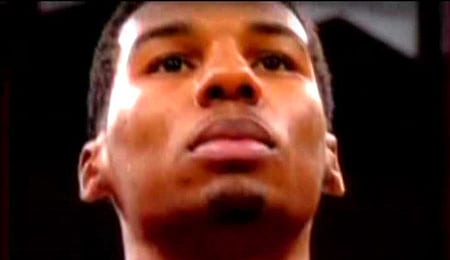 We’re back with another helping of Fantasy basketball waiver wire recommendations. Bear in mind that all of our picks are currently owned in less than 50 per cent of Yahoo! and ESPN leagues.

Given that I’m a tad hung over this afternoon, we’ll dispense with any more preamble and get right to the good stuff.

Ronnie Price, Phoenix Suns: Price has taken over as the starting two-guard in Phoenix as Coach Alvin Gentry looks for a combination that will turn things around for the Suns. It’s been a couple of years since Price was a recommended waiver wire pickup, but if you’re hurting for treys, steals and dimes, he could help you. On Friday, Price played 30 minutes, nailed a pair of 3-pointers, had his second block in three games and had two steals – the fourth time in five games he’s had multiple swipes. Yes, he struggled with his shot, but recall that a week ago Friday he drained 7-of-11 from the field for 18 points, so you know it’s in him. Beware that the Phoenix starting rotation is very much in flux, but after earning a win in Beantown Friday, Gentry could stick with this lineup for the time being. It’s also worth pointing out that Steve Nash’s back issues have been flaring up this season and if that continues, Price could get a substantially boost in value.

Randy Foye, Los Angeles Clippers: With Chris Paul nursing a hammy woe, Foye has been starting at PG for the Clips and providing some low-end value. On Friday, Foye played 40 minutes for the second time in four games, shooting it well (for a change) and helping owners with three treys, a couple of steals and 12 points. He’s a very nice short-term sourse of threes, steals and assists. Paul could return at any time, so Foye’s value is very temporary, but if CP3 sits again Sunday, consider Foye a fine plug-and-play option.

Darius Morris, Los Angeles Lakers: In very deep leagues Morris will be useful while Steve Blake (rib) is out for the next few weeks. Morris is particularly attractive in keeper leagues, but he’s also making the case for more PT now.

Derek Fisher, Los Angeles Lakers: The Lake Show’s starting PG also benefits from Blake’s injury and he has shaken off a slow start to provide low-end value in 3-pointers, assists, steals and points now that’s getting extra PT (at least 30 minutes in four of the last six games).

Courtney Lee, SG/SF, Houston Rockets: Lee has returned from his calf injury with a vengeance, going off for 17 points in 26 minutes in his second game back on Thursday, canning a pair of long-bombs and pitching in with three steals and a couple of assists. He’s not really an option in standard leagues (although he does need to be on your radar in 12-team leagues), but he can definitely provide value in leagues of 14 or more teams. Chandler Parsons has struggled with his shot the past couple of games while Chase Budinger has been inconsistent, so Lee has a chance to earn more burn in the coming weeks.

Shane Battier, Miami Heat: We actually thought Battier could be a top 25 SF this season, but so far? Not so much. However, on Thursday –with Dwyane Wade still hobbled by an ankle injury — the defensively sound Battier drew the start to stop Kobe Bryant. Well, not only did he limit Bryant to 8-for-21 shooting, but Battier showed a little something-something himself, hitting 4-of-11 shots – including three from beyond the arc – for 11 points with six boards, an assist, a steal and a block. Battier is sinking 37.1 per cent of his 3-balls, so if you need help in this department, plus the sprinkling of across-the-board stats he’ll provide, consider him as a nice spot-starter Saturday with Flash missing his third straight game.

Marvin Williams, Atlanta Hawks: Williams returned from his ankle injury this week and seems to be getting his legs back, playing 26 minutes on Friday. He’s been struggling from the floor since his return, but with Al Horford out, Williams will be needed to pitch in more offensively, so watch his minutes and touches.

Grant Hill, Phoenix Suns: Hill returned to action this week and started playing some serious minutes the past couple of games. Coming off a 14-point, five-board, three-assist outing on Wednesday, the veteran came through Friday with nine points, eight boards, four steals, three assists and two blocks. His shooting’s been awful this season (36.2 per cent), but the rest of those numbers can help.

Darko Milicic, Minnesota Timberwolves: We ranked Milicic as a top 35 centre heading into this season, but he’s been a waste of space so far, barely playing at a top 70 level among centres. However, on Friday he reminded us all what’s he capable of doing, nailing 10-of-15 shots for a team-best 22 points in 34 minutes with seven boards, two blocks and two assists before fouling out. Milicic has struggled from the field so far this season, so it’s worth watching to see if this was an anomaly or not. He’s been the starting centre in Minny in name only so far this season, but let’s not forget how good he looked at times last year. Is it worth picking him up to see if he can get on a roll? Yes, because you always want to try to jump on a situation like this early. You can always cut bait after a game or two if Darko falls off the map again.

Timofey Mozgov, Denver Nuggets: Like Milicic, Mozgov is another centre that has fallen well short of our pre-season expectations and, just like Darko, he starts, but doesn’t play starter minutes. However, there is reason for deeper league owners to start playing attention to Mozgov as Nene continues to deal with a heel injury. With Nene out of action Friday, Mozgov played 21 minutes – just the third time all month he’s topped 20 – and he responded with eight points and five boards. His offense has improved slightly this season and if he can carve out a regular 20-to-25 minute gig, Mozgov will be worth a look in 16-team leagues. I definitely think he’s capable of more than we’ve seen so far, so at the very least he needs to be on your watch list.

Eddy Curry, Miami Heat: OMG, Curry is back. While we wouldn’t touch him yet, he bears watching in very large formats after sinking 2-of-3 for six points and adding three rebounds in just six minutes in his season debut Thursday.

Nikola Vucevic, Philadelphia 76ers: Vucevic is getting a chance to show he’s got some game with Spencer Hawes out. He’s only a short-term addition in deep leagues, but is an intriguing name to consider in keeper leagues.

By RotoRob
This entry was posted on Saturday, January 21st, 2012 at 5:35 pm and is filed under BASKETBALL, RotoRob, The Wire Troll. You can follow any responses to this entry through the RSS 2.0 feed. You can leave a response, or trackback from your own site.