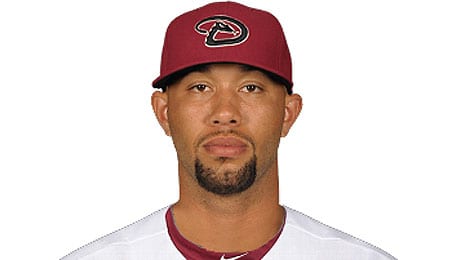 Josh Bell deserves a longer look in the Show.

When we last checked in on Joe Mauer, he was quietly working his way into the AL batting race in the hopes of bagging yet another hitting title and denying Miguel Cabrera the Triple Crown.

Well, that plan fell short as he went 1-for-10 in October to slip to .319, good for fourth in the AL behind Cabrera, Mike Trout and Adrian Beltre.

Still, heading into 2013, is there a catcher in the American League more valuable than Mauer (let’s not forget he also qualifies at 1B)?

We love the fact that he stayed healthy enough to set a new career high in at-bats, reached double digits in homers for the third time, enjoyed another big RBI season and rode his best walk rate ever to the highest OBP in the majors this year (.416).

Yes, Joe is back and given that the Twins are likely to play him more and more at first base going forward, his injury risks will be mitigated to an extent, an important consideration for keeper league owners.

Now the question is whether the Twins will have to break up what’s been a pretty good offense to address their horrid pitching. Mauer heads a sweet 3-4-5 combo (with Josh Willingham and Justin Morneau) for the Twins, but the chances of that group staying together for another full season seem slim.

Morneau is heading into his walk year and given that it would take a miracle for the Twins to be contenders in 2013, you can pretty much guarantee that the Canadian slugger will be dealt.

Will that affect Mauer’s numbers? That’s a reasonable concern.

There’s still talk that Mauer himself could be dealt, but his massive contract and no-trade clause make that seem unlikely. Stranger things have happened, though. And who knows what will transpire if a team like the Yankees decides to flex their muscles.

By RotoRob
This entry was posted on Thursday, November 8th, 2012 at 12:05 pm and is filed under BASEBALL, Fantasy Notes, RotoRob. You can follow any responses to this entry through the RSS 2.0 feed. Both comments and pings are currently closed.