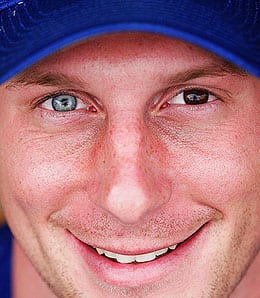 No wonder Max Scherzer is so inconsistent. He can’t even decide on one eye colour!

Today, we’re going to take a look around the majors at a few things that are catching our eye of late.

By RotoRob
This entry was posted on Wednesday, September 19th, 2012 at 1:11 pm and is filed under BASEBALL, Fantasy Notes, RotoRob. You can follow any responses to this entry through the RSS 2.0 feed. Both comments and pings are currently closed.