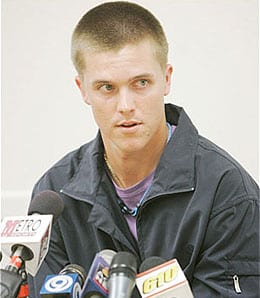 The 2012 RotoRob MLB Draft Kit continues today with a look at the Milwaukee Brewers.

Few franchises have experienced more highs and lows than the Milwaukee Brewers over the last 12 months. A freak injury to offseason acquisition Zack Greinke set the tone as the Crew dropped 19 of their first 32 games last season before rebounding to post a respectable 49-43 mark at the All-Star break.

It was after the Midsummer Classic that the Brewers picked up the pace, posting a remarkable 27-5 mark from July 26 to August 28. They came back to earth after that but still won the NL Central by six games — their first division crown since capturing the AL East banner in 1982 — and set a franchise record with 96 victories.

Milwaukee’s magic continued into the postseason where Nyjer Morgan smacked a walk-off single in Game Five of the NLDS to give the Brewers their first playoff series victory in almost 30 years. Things still looked good during the NLCS with the series tied at two games apiece and the Brewers set to potentially host Games Six and Seven at Miller Park, where they’d won a league-best 57 games (and were 4-1 in the playoffs).

Things fell apart in the final two games, however, with poor defense and another awful showing from Shaun Marcum (0-3, 14.90 ERA in three playoff starts) sealing their fate. It was a heart wrenching way to end the team’s most successful season in three decades, but the Brewers had to feel pretty good about what the club had accomplished.

And then the shit hit the fan. Word that reigning NL MVP Ryan Braun had tested positive for performance enhancing drugs (PEDs) during the playoffs leaked in early December, and the team’s biggest star was raked across the coals. Meanwhile, the other half of their dynamic duo, Prince Fielder, was figuring out where he’d be taking his talents in 2012. The answer: Motown.

With Fielder gone and Braun staring down the barrel of a 50-game suspension it was dark times in Brew City. Veterans Jerry Hairston, Jr., Mark Kotsay, LaTroy Hawkins and Takashi Saito all jumped ship, and the team’s game of contractual chicken with Francisco Rodriguez backfired when K-Rod accepted arbitration and obligated the Brewers to devote $8M of their payroll to a setup man.

Despite those setbacks, Milwaukee did receive one piece of excellent news when an arbitrator overturned Braun’s suspension, ensuring his presence in the middle of its lineup for Opening Day. The team also moved to soften the sting of Fielder’s departure by inking Aramis Ramirez to a three-year deal, which led the Brewers to ship Casey McGehee to the Pirates for reliever Jose Veras. Enigmatic shortstop Yuniesky Betancourt was bought out and replaced by slick-fielding, light-hitting Alex Gonzalez, and Japanese outfielder Norichika Aoki was signed to provide depth.

Even without Fielder, the Brewers should contend in the NL Central. They return all five starters from a rotation that went 70-41 and feature perhaps the league’s top setup-closer combo in K-Rod and John Axford. Ramirez cannot entirely make up for the loss of Fielder, but given what a black hole third base was last year (.215-11-67) it’s not inconceivable that the combination of Ramirez and Mat Gamel can account for similar production to Fielder/McGehee.

Rickie Weeks, 2B: A gruesome ankle injury derailed a breakout season for Weeks, who got the starting nod for the NL All-Star team. The tough-as-nails second baseman returned for the playoffs but managed just six hits in 41 at-bats and barely resembled the player he was prior to the injury. Among the most talented options at the position, Weeks’ durability concerns dictate you draft a competent backup in case another trip to the DL is in his future.

Nyjer Morgan, CF: One-half of the centrefield platoon with Carlos Gomez, Morgan (and his alter ego, Tony Plush) was a cult hero in Milwaukee. He’s a spray hitter with occasional pop; traits that are of little use to Fantasy owners. Indeed, Morgan’s ability to contribute is based on his willingness to steal — he swiped just 13 bags last year after nabbing 76 the previous two. As such, he’s only fit for watch lists.

Ryan Braun, LF: Whatever your feelings on the legitimacy of Braun’s appeal, the bottom line is that as a 162-game player he’s a top-10 Fantasy option. Last year’s MVP has hit better than .300 with 25-plus homers and more than 100 runs and RBI I in each of the past three seasons. Last year, he logged a career-high 33 steals as well and is a smart baserunner. The big question, of course, is how much Fiedler’s absence affects the quality of pitches he sees. Even factoring that in, Braun remains a first-round talent.

Aramis Ramirez, 3B: When healthy, Ramirez is a quality hitter. The veteran third baseman has cranked at least 25 bombs and driven in over 80 runs in seven of the past eight seasons. As with Weeks, though, durability is an issue — he’s missed at least 30 games three times in the last five years. It’ll also be interesting to see how A-Ram fares in the dual role of Fielder replacement and Braun protector. Despite some warts, he’s a safe pick at the hot corner.

Mat Gamel, 1B: There’s nothing left for Gamel to prove at Triple-A where he posted a .310-28-96 line this past season. Now it’s sink-or-swim time at first base. Skeptics point to his .222 career average in the majors as evidence that he can’t hack it, but he’s never been given steady playing time. He’s hit a major-league best six home runs this spring and is someone to monitor.

Corey Hart, RF: Few players are streakier than Hart, who can practically carry a Fantasy team for short stretches. The lanky right fielder has good pop and hits for a respectable average, but the speed he showed early in his career has dried up. He’s a solid No. 3 Fantasy outfielder and worries that he would miss the start of the season after knee surgery have eased now that it appears he’ll break camp with the team.

Alex Gonzalez, SS: Gonzalez has some respectable power (38 HRs the past two years)… and that’s about it at the plate. He hits for a low average, strikes out too much and doesn’t run. His focus is defense, and that’s not a Fantasy stat in any league I play in.

Jonathan Lucroy, C: Although he tailed off after a strong start, Lucroy still tallied some respectable numbers last season. Now with a full season under his belt, the young backstop should be ready to build on his 2011 performance. Catcher is a deeper position than it has been in years, though, and that makes Lucroy no better than a late-round selection as a borderline starter.

Carlos Gomez, OF: Once viewed as a five-tool prospect, Gomez’s speed and defense are the only ones that have materialized at the major-league level.

Norichika Aoki, OF: Signed when the team thought Braun might miss 50 games, Aoki is a slap hitter that figures to spell Hart in right. He also gives the team another option if Morgan fails to duplicate his 2011 form.

George Kottaras, C: Kottaras plays once every fifth day as Randy Wolf’s personal catcher. The Canadian vet is a decent hitter, but is no threat to Lucroy.

Taylor Green, IF: The team decided Green was better served opening 2012 as an everyday player in Triple-A. He showed he belonged last year, though, and is probably Plan B if Gamel falters.

Yovani Gallardo: A developing ace, Gallardo went 7-5 with a 3.02 ERA, 1.02 WHIP and 103 Ks in 90 IP after the All-Star break. His control really improved last year, and he has fanned at least 200 hitters in each of his first three full seasons. Draft him as a solid No. 2 Fantasy starter.

Zack Greinke: The enigmatic righty went 16-6 last year despite missing most of Spring Training and all of April with a broken rib. He wasn’t the lights-out ace the team was hoping for, but for all his struggles he still paced the majors with a whopping 10.54 K/9 ratio. Heading into a contract year, it remains to be seen if the pressure to get paid elevates Greinke to Cy Young form or keeps his head swimming. He’s another No. 2 option with No. 1 potential.

Randy Wolf: Now 35, Wolf is what he is: a professional innings eater that lives and dies with command of his looping curveball. When it’s on, Wolf mows down hitters and keeps lineups off balance. Without it, he’s average. Consider Wolf a viable option in the final rounds to round out your rotation.

Shaun Marcum: Although Marcum’s lasting image for 2011 may be his dismal postseason — lowlighted by him flipping his glove after serving up a grand slam — he was actually effective for most of this past season. He has two speeds: slow and slower, and he uses pinpoint location to make it work. You can safely pencil him in for strong ratios, double-digit wins and a respectable number of strikeouts. Sounds like a solid fourth Fantasy starter to me.

Chris Narveson: Narveson is a solid fifth starter, but is another Brewers hurler than can alternate strong and awful outings. He’s good enough to garner interest in league-specific formats.

John Axford: The Ax Man may be the most effective closer in the National League, nailing down 46 of his 48 save opportunities last season. He owns a blazing fastball and a curveball that is a nightmare for hitters when he can locate it. Axford should be among the first few closers selected.

Francisco Rodriguez: Rodriguez’s decision to accept salary arbitration was a surprise, and it also sapped nearly all his Fantasy value. As long as Axford is healthy, K-Rod will have to be content to work the eighth inning. It’s a role he’s very effective in, but not one that offers any incentive to carry him on your roster unless your format tracks holds.

Jose Veras: Acquired from the Pirates, Veras is penciled in take over the Hawkins/Saito role and work the seventh inning. He had 79 Ks in 71 IP last year and held opponents to a .206 average. If Veras can cut down on his walks he could be a real find.

Marco Estrada: Estrada did an admirable job as the team’s swingman, appearing in 43 games and starting seven of them. Were he to be pressed into starting duty again this year he could return some short-term value in larger leagues.

Logan Schafer, OF: Schafer hit .331 in Triple-A last year and is the heir apparent in centre field. With Morgan, Gomez and Aoki all in the majors he’d likely need a prolonged injury to Hart to get any serious playing time before 2013.

Wily Peralta, SP: Peralta is probably still a year away, but if injuries hit the Brewers pitching staff this season you could see the hard-throwing righty get the nod.

Ryan Braun: A five-category beast still in the absolute prime of his career. Questions abound regarding how he’ll fare in the wake of his overturned drug test, not to mention without Fielder protecting him, but he’s the kind of guy that can use that to motivate him. Braun is one of a very small number of players that can legitimately be taken with the first overall pick.

Randy Wolf: At a glance Wolf’s numbers are pretty comparable the past three years. Dig a bit deeper though and you’ll see a sharp decline in strikeouts, which puts a bigger onus on a less-than-stellar defensive squad. He’s not someone I’d want to rely on for much in 2012.

Mat Gamel: Three uninspiring stints in the majors may have soured some on Gamel’s prospect status, but you cannot ignore the fact that he was never given anything like the opportunity he’s got in 2012. If he really is the hitter fans were always told he was he could surprise.

By Herija Green
This entry was posted on Monday, April 2nd, 2012 at 6:37 pm and is filed under 2012 RotoRob MLB Draft Kit, BASEBALL, Herija Green, Team report. You can follow any responses to this entry through the RSS 2.0 feed. Both comments and pings are currently closed.