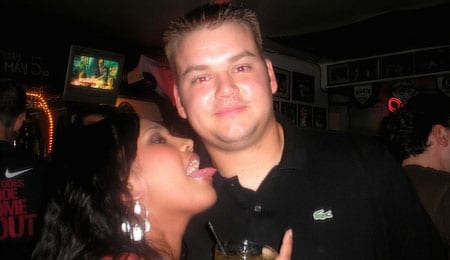 Does Joe Blanton put foreign substances on his ball? You be the judge…

The National League has shown some progress in recent seasons against the American League in Interleague play, but that all collapsed once again this year.

Since Interleague play began in 1997, the NL has emerged with a winning record just four times, and none at all since 2003.

But at least things seemed to be improving in recent years after the NL put up a .409 winning percentage in 2008 (its second worst ever). The following three seasons saw a progressive improvement in for the Senior Circuit (.452, .468, .480), but this year? Not so much. The NL’s winning percentage vs. the Junior Circuit plummeted again to .437, third lowest ever.

What’s the dealio with the NL’s inability to beat the AL consistently? Any theories?

By RotoRob
This entry was posted on Tuesday, June 26th, 2012 at 12:08 pm and is filed under BASEBALL, MLB Today, RotoRob. You can follow any responses to this entry through the RSS 2.0 feed. Responses are currently closed, but you can trackback from your own site.