MLB Today: Health has Been Huge for Rangers’ Rotation 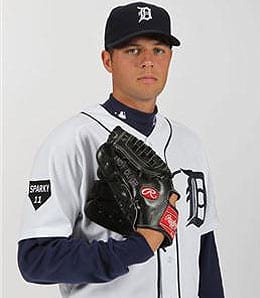 Andy Oliver is making his claim on a rotation spot in Detroit.

Remember when Nolan Ryan took a larger role with the Rangers a few years back? His main goal at the time was to build a more durable pitching staff.

The team’s Opening Day rotation from 2011 wound up making 157 starts with the other five games being started by Dave Bush (three) and Scott Feldman (two). None of the front five spent any time on the DL last year.

How rare is that in this day and age? Kudos to Ryan for having a plan and achieving it.

By RotoRob
This entry was posted on Tuesday, March 13th, 2012 at 5:55 pm and is filed under BASEBALL, MLB Today, RotoRob. You can follow any responses to this entry through the RSS 2.0 feed. Responses are currently closed, but you can trackback from your own site.