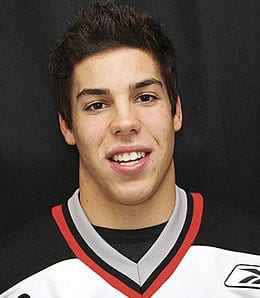 Travis Hamonic is a nice add — especially in keeper leagues.

March is literally steaming along and this coming week means one thing for most Fantasy GMs: the fantasy playoffs. Also, this week ushers in Daylight Savings Time. So if you are setting your Sunday roster, just keep in mind that games start at 12:30 p.m. EDT (Eastern Daylight Time). Hopefully your clocks are set.

Now it is time to expect the unexpected with our offerings. Here are some of the best players that could be available on your Fantasy hockey waiver wire in the four week period that ends the Fantasy hockey season.

Tuomo Ruutu, F, Carolina Hurricanes: Ruutu returned to action Saturday against the Tampa Bay Lightning. Though you may want to give him a couple games to get back in the swing of things, insert him into your lineup anyway because 17 goals in 57 games translates to a respectable 25 over a 82-game schedule. Ruutu is owned in 25-to-30 per cent of Fantasy hockey leagues, but his shots on goal, hits and point potential is at least a good reason to consider an add. Playoff runs are won on depth guys at this point and the multiple positional eligibility is a huge boost for GMs.

Matt Cullen, C, Minnesota Wild: Cullen is the first line centre of the Minnesota Wild, and though the team has had scoring problems, he has 34 points in 67 games which is decent for someone not owned in that many leagues. He’s not piling up the points lately, but his recent ATOI of over 20:00 a night is a decent boost. While Mikko Koivu continues to be out, Cullen has to be at least looked at with that miniscule 10-to-15 per cent ownership rate. Maybe he gets you a few extra shots in your leagues as well. Hey, why not?

Nick Foligno, LW, Ottawa Senators: How is a 40-point player this far down on your waiver wire? Honestly, part of the reason is the ATOI of around 15:00. The lack of power play points is another reason, but very quietly, Foligno is starting to see a little more time on the man advantage. When a player is only owned in 5 or 6 per cent of Fantasy leagues, you look for bonuses and Foligno is on pace to easily top 200 hits on the year with 120+ penalty minutes. That is not too shabby and when digging for categories, a few new wrinkles are needed this time of year.

Travis Hamonic, New York Islanders: The cold reality is that with single digit ownership rates in most leagues (with a high of 15 per cent in ESPN leagues), Hamonic is a decent add because of his hits, ATOI, and SOG. In reality, this is more of a keeper pick for next season but Hamonic may be able to chip in a few assists and power play points over the next several weeks. His game is coming together nicely and a pick like this is about finding players that help your team whether it is now or down the road.

Stephane Robidas, Dallas Stars: For a dude we thought would be a top 20 defenceman this season, Robidas has been a major disappointment, barely offering top 50 value among blueliners. Small wonder he’s wound up on waiver wires in more than half the leagues out there. However, perhaps it’s time to give Robidas another look as he’s picking things up lately. He managed a goal and two assists in two games this week before Saturday’s effort, and he’s +4 over the past three games combined. This is coming off a February showing of two goals, three assists and +7 with 24 shots on goal. Robidas’ PT is up in recent weeks and he’s even racking up more PMs of late, so grab him while you can.

Ben Bishop, Ottawa Senators: With Craig Anderson out indefinitely because he’s a lot better with a goalie glove than he is with a kitchen knife, Bishop has stepped in and looked very sharp. It took a shootout, but Bishop finally suffered his first loss as a starter on Saturday. Even so, he still turned aside 38 of 41 shots, an impressive showing coming on the heels of his superb performance Thursday as the Sens upset the Rangers. As long as Anderson out, Bishop should be owned.

By Chris Wassel
Tags: Matt Cullen, New York Islanders, Nick Foligno, Travis Hamonic, Tuomo Ruutu
This entry was posted on Sunday, March 11th, 2012 at 12:49 pm and is filed under Chris Wassel, HOCKEY, RotoRob, The Wire Troll. You can follow any responses to this entry through the RSS 2.0 feed. Both comments and pings are currently closed.