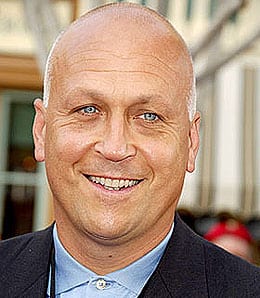 Cal Ripken has churned out another inspirational children’s book.

Former Oriole great Cal Ripken, Jr., continues to shine in his second career as a author and his second book, Super-sized Slugger, is being released Tuesday.

This is the second in a series of books that follows the players of the Dulaney Babe Ruth League and deals with their issues on and off the field. Super-sized Slugger tackles the topic of bullying and Ripken will be making the book-signing rounds at various U.S. book chains over the next little while, so keep your eyes peeled if you want your kids to meet one of the all-time greats.

In an opposite tale of former greats and their off the field exploits, ex-Phillie/Met outfielder Lenny Dykstra has been sentenced to three years in a California state prison after pleading no contest to grand theft auto and providing a false financial statement.

Nails’ post-playing days have been marred by legal issues, and this is just the cherry on top. But hey, at least he has some experience wearing orange as a former Met. And now, of course, he’ll get an entirely new sense of the word “nails” — or at least “nailed.”

Speaking of Grand Theft Auto, while I’m not a gamer, I recently acquired the soundtrack to the San Andreas version and can I just say – holy shit! It’s one sweet-ass soundtrack and I highly recommend it if you’re into funk/rare groove/old school gangsta rap.

By RotoRob
This entry was posted on Tuesday, March 6th, 2012 at 9:40 pm and is filed under BASEBALL, MLB Today, RotoRob. You can follow any responses to this entry through the RSS 2.0 feed. Both comments and pings are currently closed.