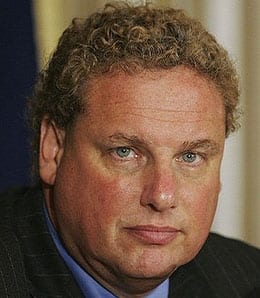 Free agent Coco Crisp says he’s made up his mind where he’s going to sign, but has not alerted his chosen club yet. What? Is he going to have a “Decision” TV Special? I know Crisp tied Brett Gardner for the AL lead with 49 swipes last year, but come on – who the hell does he think he is?

That certainly suggests the Yanks are not done spending. Starting pitcher Edwin Jackson, arguably the top remaining starter left on the market, is a possibility. The team is also mulling a deal for Matt Garza of the Cubs. And there’s no doubt that more left-handed relief pitching should be a priority. Boone Logan was the only dependable southpaw in the Yankee pen last season, and adding aging and brittle Hideki Okajima on a minor league deal doesn’t exactly solve that issue.

Lefty Brian Tallet remains on the market with a bunch of other non-descript names. Back in midseason 2009, we actually ranked him as a top 90 starter, but he’s only made five starts since that season, pitching mostly out of the bullpen the past two years, and exclusively as a reliever last year.

To be honest, Tallet’s career has pretty much been in free fall since his excellent 2008 season, and he’ll be lucky to get a minor league deal this year. Needless to say, at the age of 35, he’s highly unlikely to ever wind up on a cheat sheet ever again.

As negotiations continue between the Texas Rangers and Yu Darvish, the Japanese hurler is currently visiting Arlington to see if his potential new home suits him. There’s still 15 days left in the negotiating window, so the two sides have time to hammer out a deal and there’s no reason to think that one won’t get done. The $51.7-million posting fee Texas ponied up to gain the rights to negotiate with Darvish set a record, and it will be interesting to see how much more money the Rangers will have to spend to get his signature on a deal. The word on the street is that the Japanese ace wants a five-year deal worth $75 million. You’ve got to figure it will take at least $60 million to get Darvish signed.

Now that Darvish has been posted, he immediately soars near the top of the list of pitching prospects, but I always find it odd that players who have played professionally in other countries are still considered rookies for MLB purposes. Don’t get me started on politics, but that does reek a bit of U.S.-centric thinking that typically insinuates that nothing that happens outside of U.S. really matters. And if that shocks our American readers, I think that only proves my point, as it’s always surprising how unaware Americans are of how they are perceived in other areas of the world. Let me qualify this statement by acknowledging that I have a great deal of good friends that live in the States, so I’m definitely generalizing here. And we’re out…

By RotoRob
This entry was posted on Tuesday, January 3rd, 2012 at 3:11 pm and is filed under BASEBALL, MLB Today, RotoRob. You can follow any responses to this entry through the RSS 2.0 feed. You can leave a response, or trackback from your own site.