The Wire Troll: Matt Cassel a Good Bet This Week 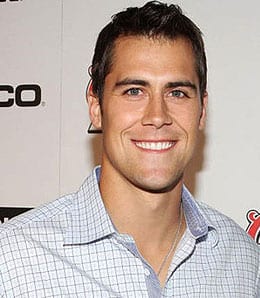 Matt Cassel has a sweet matchup against the Dolphins in Week Nine.

Welcome to the Week Nine edition of the Wire Troll. It’s gonna be short and sweet this week, gang. As you read this, the Troll is probably (hopefully) soaking up the rays at Ron Shandler’s baseball soiree’ known as First Pitch Arizona. It was tough to doff the football cleats for a week, but when I found out that there would be a celebrity presence, I just had to climb aboard that pressurized metal tube and wing my way to the Land of the Sun.

Halloween enjoys an honoured place among the Troll’s list of top holidays, mainly because it’s the one day of the year when he doesn’t stand out in a crowd — for all the wrong reasons. With Halloween comes costumes of course, and it’s always a pleasure to see that the NFL cheerleaders get into the spirit of the holiday. This year, though, the Troll would like to award a special medal of masquerade merit to a certain, errr, entertainment industry figure, who chose to celebrate the holiday by dressing up as a professional football player. More kudos are in order for her prestidigitation skills, as she managed to make a 270-pound tight end completely disappear… rumour has it that he’s in the photo, but after 20 minutes of viewing I’ve been unable to find him. Perhaps he’s in this photo instead? Again, no sight of him.

Matt Cassel, Kansas City Chiefs: This is more of a one-week pickup rather than a long-term investment, as Cassel faces the woeful Miami pass defense in Week Nine. The ‘Fins have surrendered an average of 271 yards and two passing touchdowns per game this season, and were scorched for 349 and two by Eli Manning in Week Eight. Cassel is not an elite passer, but he looks to have found a new weapon in rookie wideout Jonathan Baldwin (yes, there’s more on him later).

Javon Ringer, Tennessee Titans: The Titans appear to be losing patience with Chris Johnson, and Ringer actually handled the ball more frequently than CJ2K last week. While this may have simply been intended as a wake-up call for Johnson, savvy Fantasy owners –especially those that own the embattled superstar — should pick up Ringer just in case he’s going to become a featured part of the Tennessee offense.

Jonathan Baldwin, Kansas City Chiefs: He’s big, he’s fast and he can flat-out play. The rookie missed the first six games of the season recovering from a thumb injury, but he exploded on Monday for five catches, 82 yards and a touchdown against San Diego. The Chiefs grabbed this guy in the first round for a reason, and he should see plenty of targets from here on out. Go get him.

Michael Crabtree, San Francisco 49ers: Well, looky here — young Mr. Crabtree has apparently decided to embark on his NFL career. Over the past two weeks, the former top-10 pick has hauled in 14 receptions for 131 yards and a touchdown. The 49ers’ offense still has a ways to go, but it looks as though Crabtree is ready to step up and deliver on the promise that made him such a lofty draft pick back in 2009.

Brent Celek, Philadelphia Eagles: Rewind the clock to 2009, and you’ll see that Celek finished the season with a stellar 76-971-8 line. Last year and in the early going of 2011 he has been the forgotten man, but that trend seems to be reversing. Over his past two games, Celek has logged 11 catches for 136 yards and two touchdowns, and has become an integral part of the potent Philly offense. He is not a universal add just yet, but he’s worth a look if your regular tight end is not getting it done.

Mike Nugent, Cincinnati Bengals: Nugent is tied for eighth in the league in scoring among kickers, but he’s still owned in jut 16 per cent of Yahoo! leagues. The Bengals are good at moving the ball between the 20s, but seem to fizzle when they reach the red zone. That’s good news for Nugent, who has converted 15 of his 16 field goal attempts this season. But enough about this kicker guy, let’s hit the Wayback Machine and remember when Nugent only meant one thing; one very, very loud thing. Of course, the sports has another Nugent to gush over right now with rookie Ryan Nugent-Hopkins tearing it up in Edmonton.

Kansas City Chiefs: The Chiefs are on a four-game winning streak, and their defense has produced 10 turnovers in the last two games combined. They face the floundering Miami Dolphins Sunday, and you just get the feeling that a pick-six is in the offing. The ‘Fins are 21st in total offense and 29th in scoring offense, so it figures to be a big day for the Kansas City D.

Derrick Johnson, LB, Kansas City Chiefs: Johnson got off to a rather mediocre start in 2011, but he has logged 26 total tackles, a sack and a pick over his last two games. The Kansas City defense has had a hot hand lately, and Johnson is one of its top playmakers. The Chiefs face Miami and Denver the next two games, so look for plenty of big plays from the Chiefs’ improving D.

London Fletcher, LB, Washington Redskins: After a slow start, Fletcher has amassed 41 total tackles over his last three games — including a beastly 20-tackle outing in Week Eight. Don’t look for big sack or turnover numbers from Fletcher, but when he’s going well, he can pile up the tackles in a hurry.

By Buck Davidson
This entry was posted on Wednesday, November 2nd, 2011 at 11:01 am and is filed under Buck Davidson, FOOTBALL, The Wire Troll. You can follow any responses to this entry through the RSS 2.0 feed. You can skip to the end and leave a response. Pinging is currently not allowed.