The Search for the New Boston Red Sox Manager 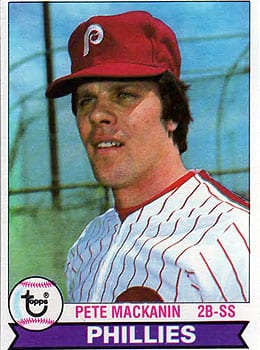 The hot topic in Boston right now is the search for the new manager after the Red Sox declined Terry Francona’s 2012 option following the disappointment that was this past season.

The first candidate to be interviewed was Pete Mackanin, whose most recent big league managing experience was as the acting manager of the Reds for the second half of the 2007 season. He’s currently the bench coach of the NL East Champion Philadelphia Phillies, so at the very least he’s been in winning environments.

Despite his lengthy tenure in the game, Mackanin isn’t old school. He said he loved statistical analysis, so he’s a proponent of the Moneyball way of thinking… or at least he says he is.

Dale Svuem, currently the hitting coach for the NL Central champion Milwaukee Brewers and the Red Sox’ third base coach in 2004 and 2005, is the next man scheduled to interview for the job. That interview will take place Wednesday.

Sveum is pretty green as well, having acted as the interim manager for the Brewers for 12 games (and the playoffs) in 2008.

The Red Sox hope to have a man in place by Thanksgiving (the U.S. version, obviously) and are expected to talk to at least five or six people about the job.

Other names that have been bandied about are A.J. Hinch (vice-president of professional scouting for the Padres), Bobby Valentine (ESPN analyst and former manager), Dave Martinez (Tampa Bay’s bench coach, also in the running for the White Sox manager job), DeMarlo Hale (current bench coach for the BoSox), Eric Wedge (current manager of the Mariners, so the BoSox would have to compensate Seattle), Ryan Sandberg (manager of the Phillies’ Triple-A team), Sandy Alomar, Jr. (currently the Indians’ bench coach) and Trey Hillman (Dodgers’ bench coach).

By RotoRob
Tags: Boston Red Sox
This entry was posted on Tuesday, November 1st, 2011 at 12:48 pm and is filed under BASEBALL, RotoRob. You can follow any responses to this entry through the RSS 2.0 feed. Both comments and pings are currently closed.