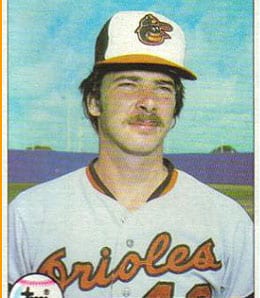 Mike Flanagan was one of the AL’s top hurlers back in the day.

It’s been a decade since the Arizona Diamondbacks won their only World Series and the way they’re rolling right now, a repeat performance doesn’t seem so far-fetched.

While everyone focuses on the Phils, the BoSox, the Yanks and the Rangers, all Arizona does is keep winning. The Snakes won their ninth straight Wednesday – their longest winning streak since 2003 — and have now opened up a six-game cushion in the NL West. They’ve chalked up a team-record 12 straight wins at home and with just a month and change left in the season, a trip back to the playoffs for the first time since 2007 is looking very promising.

Did the D-Backs really finish dead last in the NL West in each of the last two seasons?

The rotation has driven this winning streak with a 1.05 ERA (seven earned runs in 60 IP) and it’s gotten to that point where each man that takes the bump is challenged to keep the run alive. That kind of one-upmanship is often what champions are built of.

Friday night, Arizona heads to San Francisco for a three-game weekend series in what could very well be the Giants’ last stand. Even taking two out of three won’t be good enough for San Francisco.

Switching gears, we haven’t had an opportunity to say anything about former pitching great Mike Flanagan, who took his own life last week, apparently despondent over the state of his beloved Orioles.

I won’t begin to try to explain what went wrong, but instead will focus on what I remember of this former Oriole ace as I had the privilege of watching his entire career, including the period for the better part of a decade when he ranked near the top of his profession.

In the late-‘70s, when Flanagan first rose to prominence, the Oriole were still among the game’s franchise models, and they had built their organization on great rotations, tremendous defence and three-run homers.

Flanagan wasted no time becoming an integral part of that equation, winning 15 games in his first full season in 1977. The following year he won 19 despite leading the league in earned runs allowed. And then in 1979, Flanagan truly broke through, earning a career-best 23 wins, including five shutouts, en route to his only Cy Young award.

He never approached those numbers again, although twice more he won at least 15 games. In 1987, the O’s dealt him to the Jays, and while he had one respectable season in Toronto, Flanagan was pretty much done and was released early in the 1990 season. The following season, he signed as a free agent with Baltimore, and spent his final two seasons pitching out of the O’s pen, retiring after 1992. The sight of Flanagan pitching in relief never quite worked for me, considering the mound presence he once had as a starter on those great Oriole squads back in the day. But it was nice to see him finish his career where it all started.

Still, Flanagan had some very fine seasons among his 18-year career and deserves a RotoRob salute as he goes to the great diamond in the sky.

If any of our readers have any Flanagan memories they’d like to share, we’d be happy to run them. E-mail me or leave or comment below.

By RotoRob
Tags: Arizona Diamondbacks, MLB, NL West
This entry was posted on Thursday, September 1st, 2011 at 11:27 am and is filed under BASEBALL, MLB Today, Obituary, RotoRob. You can follow any responses to this entry through the RSS 2.0 feed. Both comments and pings are currently closed.