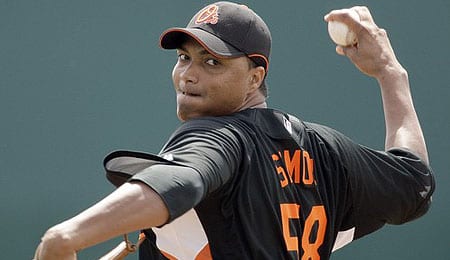 Before we get to today’s post, I just want to remind all our readers that in conjunction with DraftStreet, we’re hosting a Fantasy Baseball freeroll for Friday’s (today’s) games. It’s free to enter, so sign up here, pick your team and see how you do against Team RotoRob and our readers!

To help you out, here are a few tidbits to consider for Friday’s games:

By RotoRob
This entry was posted on Friday, July 22nd, 2011 at 8:55 am and is filed under BASEBALL, Contests, Fantasy Leagues, MLB Today, RotoRob. You can follow any responses to this entry through the RSS 2.0 feed. You can leave a response, or trackback from your own site.