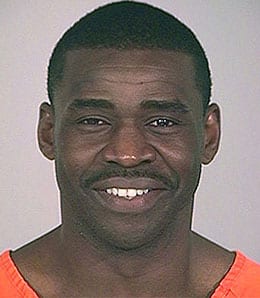 Michael Irvin is trying to make the world a better place.

Michael Irvin was among the flashiest – and brashest – wide receivers in the NFL back in the day, and although he hasn’t caught a pass in anger for 12 years, he’s never remained far from the spotlight.

But his latest move – being interviewed and appearing as the cover boy for noted gay publication Out about his support for gay marriage and gays in general – has definitely put him out on a limb.

For that I give him huge kudos. Good for you, Michael, for using your station in life to do your part to educate and enlighten people, or at least try to make the world a better place.

At the end of the 2010 season, it was unclear whether Tim Tebow would be the starter for the Broncos this year. And it’s still unclear as the former Heisman Trophy winner is going to have to wrestle the starting QB job in Denver from Kyle Orton. Yes, there’s a chance that once the lockout ends, Orton could be dealt – and the fans would sure love that considering how they feel about Tebow. But for now, we have to assume that Tebow will enter the season as a backup, so draft accordingly.

Speaking of the lockout, with news that the rookie wage scale issues have been ironed out – one of the big drawbacks to an agreement – it seems that a settlement is now just around the corner. Are you ready for some football?

Randy Moss is apparently in “freakish shape,” heading into 2011. You always have to take these “best shape of his life” stories with a grain of salt, but when they come from the player’s agent – as they did in this case – do yourself a favour and don’t bother bumping Moss up your cheat sheets at all. Seriously, Joel Segal? You couldn’t get someone to plant that story?

By RotoRob
This entry was posted on Friday, July 15th, 2011 at 10:49 am and is filed under Fantasy Notes, FOOTBALL, RotoRob. You can follow any responses to this entry through the RSS 2.0 feed. You can leave a response, or trackback from your own site.