The Wire Troll: Sweet Lou and Cool Hand, too 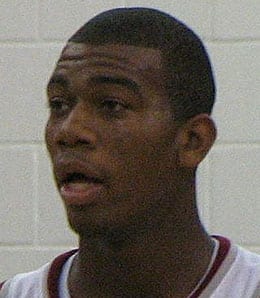 Rookie Greg Monroe is on a serious roll.

Welcome to the Week 13 edition of the Wire Troll, our weekly look at players that may be available on your league waiver wire, but could see a spike in Fantasy value due to a variety of circumstances.

A lot to talk about this week, so we won’t waste time with the intro. I’ll be away next week, so RotoRob will be covering for me. In preparation for this, and in remembrance of the disgusting cleaning of the Troll Cave wrought by The Boss last time he was in here, I have strategically anchored several essential items (both food and non-food) to the floor. I hope that Mr. NeatNic will find something good on the telly to bide his time; maybe they’ll roll the 2010 Cincinnati Bengals highlight video for his viewing pleasure. Come to think of it, they’ll need to roll the 2008, 2009 and 2010 Bengal vids to fill up the half-hour.

I, meanwhile, will be heading off to the Big Apple to try to see what I can do to help the Carmelo Anthony trade happen; heck, everybody else seems to be involved, so why not the Troll?

Greg Monroe, Detroit Pistons: The rookie has been on quite a nice roll lately, averaging 13.2 points, 10.6 rebounds and 2.4 steals over his last five games. Ben Wallace’s sprained ankle has opened up plenty of minutes for Monroe, but the kid was knocking down nice numbers even before Big Ben went down. Charlie Villanueva seems to be more effective in a sixth-man role, so it’s possible Monroe could remain in the starting lineup even after Wallace returns. In any event, Monroe’s aggressive defensive style should continue to produce plenty of steals, which a rare thing indeed from a big man. Right now, Monroe looks like a nice grab in deeper formats, but he has the upside to become a viable option in standard leagues if he continues his fine play.

Channing Frye, Phoenix Suns: The Phoenix frontcourt has been messier than the main table during the National Hot Dog Eating Contest lately, but Frye’s recent run may settle things down considerably. Since returning to the starting lineup four games ago, Frye has averaged 15 points, 8.6 boards and 2.3 treys. Those three-balls are Frye’s claim to Fantasy fame, and as long as his bombs are dropping he’ll have a place on most rosters. Keep an eye on his minutes of course, but his near future looks good, so add him and enjoy the ride.

Nicolas Batum, Portland Trail Blazers: There are still many questions surrounding the status and future of star Brandon Roy, but lately the short-term answer to those problems has included the name Nicolas Batum. Portland has turned back to Batum as a primary scoring threat recently, and he has responded by averaging 15.1 points, 4.6 rebounds and 1.4 three-pointers so far in January. It’s encouraging that his field goal percentage is sitting at over 47 per cent this month, but the Troll would like to see him improve his efficiency from downtown (just 31.3 per cent in January, 31.2 for the season). You know the drill with Batum – he can go cold faster than a tenement faucet in winter – but while he’s on this kind of a run he belongs on just about every Fantasy roster.

Carl Landry, Sacramento Kings: Jason Thompson continues to struggle in his starting role, but Cool Hand Carl has flourished as JT’s understudy. Landry has averaged almost 29 minutes per game in January, while scoring 15.4 points and yanking 5.1 boards per night. The Sacramento lineup is about as predictable as Lady Gaga’s accessorizing, but as long as Landry is putting up numbers like these, he should continue to see plenty of floor time. If coach Paul Westphal finally runs out of patience with Thompson, Landry would become a must-own, but for now he’s probably best suited to deeper leagues. Nonetheless, that doesn’t mean the Troll can’t reset the incident that earned him the moniker “Cool Hand Carl.” Dude, that’s your blood in that towel…at least look worried…and no, you don’t have all of your teeth anymore…and no, you can’t go back in the game. Neither bullets nor German elbows can stop this guy, and that, my friends, is Chuck Norris tough.

J.J. Hickson, Cleveland Cavaliers: The Troll featured Hickson just a couple of weeks ago, but the season-ending injury to Anderson Varejao takes J.J.’s Fantasy ceiling to such new heights that we thought him worthy of inclusion in this week’s edition as well. Those of you who follow the Troll on Twitter have hopefully already acted on this development, but if you haven’t, know that Hickson has become a top scoring option in Cleveland these days. Injuries and a high degree of outright suckatude have left the Cavs in need of quality players, and Hickson has stepped to the fore. Over his last four games, he has averaged 16.5 points, 11 boards and 1.3 blocked shots per outing, and numbers like that should continue for the foreseeable future. Grab him if he’s out there.

Note: Hickson looks like he’ll settle in as the everyday centre, but we’re including him in the “forwards” column on the Troll. Why? Because despite the fact that Hickson started 22 games at centre last season, ESPN has somehow decided that he should only be eligible at power forward in its Fantasy leagues. But wait, it gets better: “The Worldwide Leader” had Amare’ Stoudemire listed as a centre to start the year – despite the fact that he hadn’t started in the middle since 2007. Hopefully one of the suits in Bristol will take his/her eyes off the Michael Vick highlight reel long enough to read this and make things right with their game.

Louis Williams, Philadelphia 76ers: Evan Turner is still struggling to hit the broad side of that darn barn, and Jodie Meeks is rediscovering the fact that he’s Jodie Meeks, so Sweet Lou is back in the picture at the two for Philly. Over his past five games, Williams is averaging 19.4 points, 3.4 dimes and 1.2 treys. His shooting percentage is still not up to snuff, so he is probably best suited to deeper leagues at this point. Keep an eye on the Philly backcourt, though, as Williams has shown that he can put up nice numbers when he sees big minutes.

Kirk Hinrich, Washington Wizards: Hinrich isn’t flashy, but he gets the job done. Since Gilbert Arenas left town, Hinrich has quietly stepped up his game and become a reliable scorer and support member of the Wizard rotation. In his first five games in January, Captain Kirk has averaged 14.6 points, four assists, 1.4 treys and 1.2 steals. Though he’s still playing as the sixth man behind John Wall and Nick Young, Hinrich always seems to find enough minutes to post useful Fantasy numbers. Hinrich should be owned in deeper leagues, and he’s a must-grab if an injury were to befall Wall or Young (and the former of which has proved quite fragile in his rookie season).

By Buck Davidson
This entry was posted on Saturday, January 15th, 2011 at 2:41 pm and is filed under BASKETBALL, Buck Davidson, The Wire Troll. You can follow any responses to this entry through the RSS 2.0 feed. You can leave a response, or trackback from your own site.