Dear RotoRob: How Can I Improve My Team? 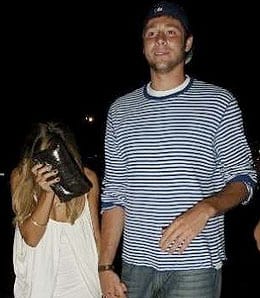 Josh McRoberts (the tall one that’s not hiding his face with a purse) was rolling, but looks ineffective again.

Looking at my place in certain stats, it is obvious I need some help if I want to become a contender. I’m just wondering what I can do to get my stats up? Anything glaring I should consider to help my team either via trade or the wire? Or do I just stay put?

Again, this is an extremely open-ended question. I’m happy to assess specific deals you have in mind, but it’s difficult to just look at your team and make sweeping suggestions.

Having said that, one offer that might make sense for you is Nash for Kevin Garnett. You’ll get a boost in FG percentage and won’t really lose you advantage in FT percentage. You can afford the hit in 3-pointers (not that Nash has been carrying you there, anyways), and while you’ll lose a bit in scoring, the advantages in boards, blocks, steals and turnovers will be huge. And yes, this means you’ll essentially be tanking assists, but my suggestion to help offset that would be to drop McRoberts and pick up Ty Lawson (an especially important handcuff for you as a Billups owner).

Yes, KG is still an injury risk, but he looks great right now, and then again, Nash isn’t exactly a spring chicken, either. I’m expecting Captain Canada to see more rest in the second half, so I’d try to deal him now.

Would you trade Elton Brand for Danilo Gallinari? I would be trading blocks for three pointers. I am leading my league in FG percentage, steals, blocks and turnovers, but am dead last in 3-pointers made, assists and steals.

Based on your needs, this deal makes some sense, but you’ll be coming out on the short end of this deal to a small extent. The 3-pointers will definitely help you, but if this is a roto league (not H2H), maybe you’re better off punting treys and trying to deal Brand for a PG that can help you in both steals and assists. Also, if you’re trying to improve your steals numbers, this doesn’t help as Brand is having a career season in that regard, whereas Gallinari has been a disappointment with just 0.7 SPG after averaging almost one per game last season.

The other consideration here, and one you don’t mention, is whether you can take the hit in rebounds. On the other hand, you’ll be getting a very sweet boost in FT percentage, so if that’s a category you can make gains in, this sweetens the pot.

Overall, I think you would be smarter to use Brand to try to land someone like Jason Terry, who will provide you a boost in threes, assists and steals, and he won’t hurt you as much in FG percentage the way Gallinari will. Of course, be aware that Terry could lose a bit of value if Rodrigue Beaubois ever makes it back onto the court.

See if the Terry owner needs boards and blocks and float the offer.

By RotoRob
This entry was posted on Friday, December 17th, 2010 at 2:54 pm and is filed under BASKETBALL, Dear RotoRob, RotoRob. You can follow any responses to this entry through the RSS 2.0 feed. You can leave a response, or trackback from your own site.