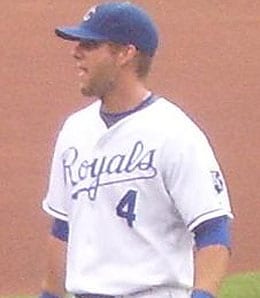 Just because Alex Gordon is back doesn’t mean Fantasy owners should readily embrace him.

Okay, I need it all in a 6×6 league where doubles & triples is a category.

I can only start one out of Alex Gordon, Lastings Milledge and Dexter Fowler for this week starting Monday.

D&T, BA, RBI, SB, R and HR are the categories most important to me, in order.

Who should I start? In addition, with Troy Tulowitzki returning, should I start J.J. Hardy (on reserve) over Clint Barmes for the week?

You certainly have yourself a conundrum. Until Gordon proves he can hit at the MLB level, he’s best left on your bench. With doubles and triples as a category you would think that Fowler would be the obvious choice, but he’s been really struggling. He’s also dealing with an “achy” wrist which is probably one of the reasons for his struggles. When healthy, Fowler is the better option, but heading into this week I think your safe play is to go with Milledge. The Pirate offense has been firing on all cylinders lately and Milledge has been a steady contributor. He has also been named the everyday right fielder by the Pirates, so playing time should not be an issue.

Looking at the second part of your question, I think that Hardy is a much better option for this week than Barmes. Barmes has really been struggling and in his past ten games, has no homers and only one RBI. Hardy, on the other hand, has been heating up and is 14-for-38 (.368 BA) and has chipped in with four RBI. As much as it pains me to recommend Hardy to anyone, in your circumstances he’s the better option.

I hope this helps and good luck heading into the trade deadline.

By RotoRob
This entry was posted on Monday, July 26th, 2010 at 10:47 am and is filed under BASEBALL, Dear RotoRob, Tim McLeod. You can follow any responses to this entry through the RSS 2.0 feed. You can leave a response, or trackback from your own site.