The Dangers of TBI in Hockey 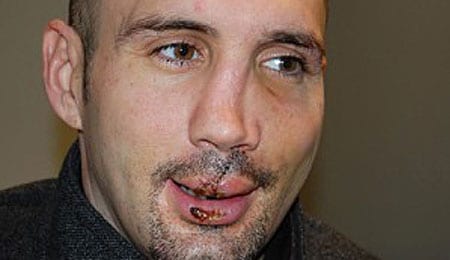 Hockey is arguably one of the most physical professional sports. Hockey players are constantly getting body checked, slammed into boards, falling to the ice, slapped by a stick, hit by a dense, speeding puck or getting punched during a fight. If that isn’t bad enough, hockey players take part in one of the longest regular seasons of any sport, effectively taking on harsher pain for a longer amount of time throughout the year. Risk of injury couldn’t be clearer as you all too commonly see hockey players missing their front two teeth. With all of the injuries that can occur, one of the most dangerous is a traumatic brain injury (TBI). A TBI is a silent injury that can cause harm to the mind and body of an individual. An injury to the head or brain can alter someone’s life and can even require long-term rehabilitation and care from a skilled nursing facility. These injuries are often far too common in the sport of hockey and if not properly treated can permanently leave a hockey player’s life more challenging than the game they play.

TBI is an injury that Philadelphia Flyers forward Ian Laperriere knows all too well. In Game Five of the opening playoff round against the New Jersey Devils, Laperriere took a slap shot to the face that immediately caused him to bleed excessively from the wound above his eye and lose sight. He was diagnosed with a brain contusion after having a MRI a few days later. While Laperriere may have originally thought that losing sight in one of his eyes was the worst of the two injuries, in reality the bigger concern could wind up being the long-term effects of the brain injury.

Several notable NHL players have either had their careers shortened or severely threatened by concussions, including Eric Lindros and his younger brother Brett Lindros, Pat LaFontaine, Keith Primeau and Adam Deadmarsh, to name just a few.

Many concussions have been dismissed as minor injuries because the physical nature of most sports causes them to occur regularly, but, frequently occurring or not, they are still head injuries where the brain is forced to move violently within the skull and the way it functions could change permanently. When the brain moves in such a manner, it can bruise, bleed, and even tear, which can cause irreversible damage to the victim. In a sport like hockey, this type of injury is very common and unfortunately at times ignored. Many hockey players don’t take into account the possible effects of the injury and because it might not seem like a serious problem exists at first, they keep on skating as if nothing occurred. Their unawareness of the injury makes it so much more dangerous because a mild brain injury can turn into a life threatening injury in a very short period of time if immediate medical treatment is not sought.

Studies by the National Academy of Neuropsychology’s Sports Concussion Symposium in New York have shown that since 1997, 759 NHL players have been diagnosed with a concussion. Broken down, that averages out to 76 players per season and 31 concussions per 1,000 games of hockey. That is far too frequent an occurrence for such a serious injury. It’s a frightening statistic that should send up a red flag to hockey officials that action is required to further prevent this type of injury from occurring.

The best, and sometimes only, treatment for TBI is prevention. For the National Hockey League new rules are being considered that preserve the game but also help protect the players. Rule changes concerning blindside hits, rink size (which effects players’ space from each other and their proximity to walls), and stronger helmet requirements all have been considered to help curb TBI and its effects. This demonstrates that the NHL is aware of the seriousness of this situation and is taking proactive steps to help prevent these types of injuries from happening.

Hockey is one of the most popular sports in North America and has millions of people participating in it every year. Unfortunately, the sport comes with the risk of a TBI. With the right awareness of the injury and the necessary precautions in place, the game should be able to continue with players excited to lace up their skates and enjoy it.

Chelsea Travers is an outreach representative for CareMeridian, a subacute care facility located throughout the Western United States for patients suffering from traumatic brain injury, spinal cord injury or medical complexities, such as neuromuscular or congenital anomalies.

By RotoRob
Tags: TBI
This entry was posted on Monday, May 17th, 2010 at 1:02 pm and is filed under HOCKEY, Injuries, RotoRob correspondent report. You can follow any responses to this entry through the RSS 2.0 feed. Both comments and pings are currently closed.