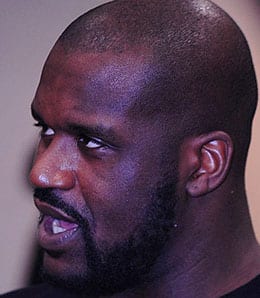 Welcome to The Wire Troll for Week 20. Fantasy playoff time is looming, with most leagues set to drop the flag on the second season in just a week or two. Meanwhile, out on the court, some teams look to be positioning themselves for a playoff run, while others are simply trying to put enough people in the seats to stay above water. Lineup juggling can be rampant this time of year, and a heretofore unknown player that catches fire can sometimes turn the tide of your Fantasy season.

On the injury front, Chris Bosh has missed seven straight games with a sprained ankle and now a stomach virus, but he’s expected back Sunday. If he looks okay, go ahead and run him out there next week. Uber-guard Chris Paul remains out, and has not yet been given clearance to run. Bench him until he makes it back. Mavs guard Jason Terry is recovering from a facial fracture, and is not expected to play next week…though he could be back for the following week. Pistons guard Rodney Stuckey collapsed during Friday’s game, and was rushed to the hospital. He has since been released, but his return date is uncertain.

Chicago centre Joakim Noah remains out with a foot problem, and may be limited the rest of the season. Shaquille O’Neal is out indefinitely after undergoing thumb surgery, while Marcus Camby is listed as questionable for Sunday’s game with a sprained ankle.

J.J. Hickson, Cleveland Cavaliers: If Hickson is not yet eligible at centre in your league, chances are he will be soon. The youngster has started three straight games in the middle for the Cavs, averaging 13.7 points, 7.7 rebounds, 1.0 steals and 1.3 blocks. He had a rough game Friday night, while fellow low post man Anderson Varejao lit it up. Hickson is risky, but he’s worth a dice roll in larger leagues. Be aware that Varejao (whom the Troll profiled last week) could become The Man in this situation, and if he steps up, Hickson’s minutes will suffer.

Ronny Turiaf, Golden State Warriors: Turiaf has stepped in for the disappointing Andris Biedrins, and has averaged 11.4 points, 8.2 rebounds, 2.4 assists and 1.6 blocks over his past five games. Turiaf isn’t much of an offensive threat, but he should be a good source of boards and blocks while he’s seeing starter’s minutes. Even though he plays for Don Nelson, the lack of healthy bodies in Golden State should mean decent minutes for Turiaf going forward.

Nicolas Batum, Portland Trail Blazers: Batum burst on the Fantasy scene with a 31-point explosion back on February 23, then followed it up with 21 points the next game. He had an off night Wednesday, so there is some cause for concern, but Batum is a worthy add in leagues with more than 12 teams.

Grant Hill, Phoenix Suns: Hill has been on a nice little roll lately, averaging 17.3 points, 6.7 rebounds and 4.3 assists through his first three games in March. Phoenix is still not a playoff lock, so Hill probably won’t see much bench time the rest of the way. Owners in leagues of 12 or more teams should consider adding Hill for his across-the-board Fantasy production.

Marvin Williams, Atlanta Hawks: After ho-hummimg his way through February, Williams has caught fire in March. Through his first three games this month, he has averaged 17 points and 10.3 boards. While that kind of production is not likely to continue for long, Williams is worth a pick-up while he’s on this kind of roll.

George Hill, San Antonio Spurs: In eight games since the All Star break, Hill has averaged 16.1 points, 1.8 treys and 3.8 assists. Despite the fine line, he is still available in 60 per cent of Yahoo! leagues. Once the Spurs lock up a playoff spot, Tony Parker figures to see plenty of rest – opening up big minutes for Hill. In the meantime, if you need points, treys and a side order of assists, you could certainly do worse than Hill.

Marcus Thornton, New Orleans Hornets: We profiled Thornton a few weeks back, but if he’s still available – or was dropped – in your league, now’s the time to get to know him again. In 10 games since the Break, Thornton has averaged 21.1 points and 2.8 treys per contest – while shooting 48.8 per cent. You won’t get much else from him, but if points and treys are your bane he’s a great guy to grab.

Carlos Arroyo, Miami Heat: Arroyo is the new starting point guard in Miami, and he may be there for the remainder of the season. Since assuming the post, he has averaged 15.5 points, four rebounds, five assists and 1.5 steals. He doesn’t attempt many treys, but Arroyo should provide a healthy dose of the other “little man” stats for owners in deeper Fantasy leagues.

Rodrigue Beaubois, Dallas Mavericks: Since Terry went down, Beaubois has stepped up in a big way, scoring 17 and 22 points in successive games. A word of caution, though: before his breakout, Beaubois was barely seeing any playing time – and he could head right back to the bench when Jason the Jet returns to the lineup.

Bill Walker, New York Knicks: Walker has come out of nowhere, working his way into the Knicks’ starting lineup, and winning the favour of head coach Mike D’Antoni along the way (and that’s no small thing.) In three games this month, Walker has averaged 17 points, 0.7 treys, 3.7 rebounds and 1.7 assists. While he may go back to Irrelevant City soon enough, Walker has shown enough to warrant a speculative pickup in deeper leagues…with the upside for a bit more if he retains his starting gig.

By Buck Davidson
Tags: Nicolas Batum
This entry was posted on Saturday, March 6th, 2010 at 5:35 pm and is filed under BASKETBALL, Buck Davidson, The Wire Troll. You can follow any responses to this entry through the RSS 2.0 feed. Both comments and pings are currently closed.