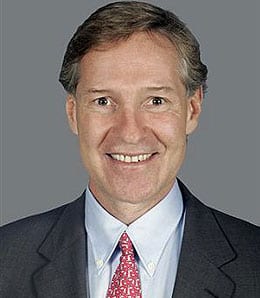 Don Maloney added some offense to his Coyotes. Will it be enough?

The trade deadline has passed, but the biggest moves happened well before the Olympics. Still, enough moves happened to affect depth charts all around, and if you’re in the stretch run of your Fantasy league, you know that it’s all about secondary scoring. Hey, isn’t that how the NHL works too?

The Phoenix Coyotes have gotten by so far on a very structured, defensive system, but GM Don Maloney knew they needed help scoring. Exit underachieving Peter Mueller, enter…underachieving Wojtek Wolski. Wolski’s pure talent is undeniable, but he lacks consistency and grit. Can Dave Tippett beat some sense into him? It’s a risk, as Tippett doesn’t exactly have a reputation of working well with young players. However, Wolski is getting time with Shane Doan and at least to start, he’s been given an opportunity to shine. Just watch his ice time closely from game to game — if his production drops, then beware the short coach’s leash.

On the flip side, Mueller is going to play for Joe Sacco, a guy who’s gained a reputation as a player’s coach that works well with young guys. Mueller should thrive in this environment, and he could definitely be a good sleeper pick for some secondary scoring.

Joe Corvo was brought in to Washington to provide additional depth, both from an offensive and a defensive standpoint. Corvo’s numbers weren’t that great in Carolina so far this season, but he’s being given every opportunity to work with Washington’s high-powered offense. Corvo’s getting time both on the power play and shorthanded, and so far is seeing about 20 minutes a night. He should get points simply by being on the Washington power play.

Secondary scoring? The Atlanta Thrashers are looking for primary scoring with Ilya Kovalchuk now in New Jersey. Clarke MacArthur’s teased 25-goal potential in Buffalo and now he’s going to get a chance to be a go-to guy in Atlanta. However, coach John Anderson is still sharing his minutes around, meaning that MacArthur’s minutes are being equaled by guys like Maxim Afinogenov and Rich Peverly. In other words, it’s scoring by committee.

One of the most surprising things about the trade deadline is the fact that Philadelphia didn’t acquire a goaltender. With Ray Emery’s injury being worse than expected — so bad, in fact, that Emery’s career may be in jeopardy — it’s time for Philly to start looking at alternatives. Oh wait, the deadline passed and there are none? Okay then, well…it’s up to career backup Michael Leighton to carry the load. Yes, Leighton’s start has been impressive, but in most cases like this, there’s a reason why these guys never manage to solidify a number one position (see the Martin Biron file). In that case, picking up a guy like Brian Boucher may not be a bad move if you need depth goaltending, as there will almost certainly be some point where Leighton wears out his welcome and the Flyers will have no other choice than Boucher.

The other big story of the week is, of course, the Olympics. Now that the tournament is over, one has to wonder how much the intensity and fatigue of such a short tournament will wear on the best players in the game. For younger guys like Nashville’s Shea Weber and Ryan Suter, there should be some carryover momentum. You’ve also got guys like Pavol Demitra, who proved everyone wrong and was the best forward in the tournament. As for older guys like Brian Rafalski, who is still getting around 20 minutes a night, there should be some hesitation about putting them on their starting roster. Think about it this way: you’ve essentially inserted a playoff series with a huge emotional letdown into the season. When guys are at that point when their body starts working against them, it’s natural that those high-intensity games will have some overrun.

Patrice Bergeron may have won Olympic gold but he also tweaked his groin in the final game of the tournament and is day to day. People speculated that Columbus’s Derrick Brassard was on the move because he was scratched from a game early this week, but it turns out to be an upper-body injury instead. If you haven’t heard, don’t expect Sheldon Souray back this season — the hand he injured in a fight against Jarome Iginla is now infected and will keep him out of the lineup (but unfortunately, still on Edmonton’s payroll).

By Mike Chen
This entry was posted on Saturday, March 6th, 2010 at 3:41 pm and is filed under HOCKEY, Ice Chips, Mike Chen. You can follow any responses to this entry through the RSS 2.0 feed. You can leave a response, or trackback from your own site.