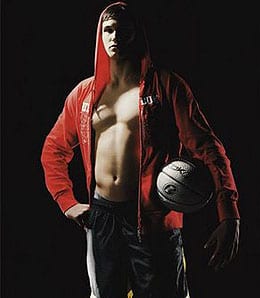 With all due respect to Danilo Gallinari, when did he become as valuable as Caron Butler?

Welcome to the American Thanksgiving Week edition of the Wire Troll, where we seek to serve up the tastiest morsels available on the buffet line that is your league’s waiver wire.

Before we dig in to the week ahead, let’s take a moment and pay homage to those players that have truly embodied the term “turkey” with their play so far this season. You know, that third round pick who has been playing like a seventh rounder…and dragging your team’s fortunes south in the process. Since no such dubious assemblage of underachievers would be complete without a kitschy name, let’s call this crew the 2009 Gargling Gobblers:

Guard: Derrick Rose, Chicago Bulls (Average Draft Position in Yahoo! leagues – 42): Last season, he averaged 16.8 points, 3.9 rebounds and 6.3 assists. This year: 14.0/2.7/5.6 through 11 games…and his turnovers are up from 2.5 to 2.8. Is the bloom off the Rose? In fairness, he looks to be waking up out of slumber, probably induced by missing most of the preseason with an ankle injury.

Guard: (tie) The Gossamer Guards – Devin Harris, New Jersey Nets (ADP – 26), Kevin Martin, Sacramento Kings (ADP – 34) and Michael Redd, Milwaukee Bucks (ADP – 55) – have managed just nine games between them this season. Martin is likely out until January, Harris finally made it back Saturday, playing off the bench, and Redd is talking about returning soon – assuming he doesn’t blow a hammy during an interview or something.

Format: Weekly lineup leagues. In this era of swine flu, “personal leaves of absence,” Nellie and DNPCDs, some folks still insist on playing in leagues where you can’t touch your lineup after Monday – no matter what ill fate befalls your players. Explain to me where the challenge/attraction is in this, please. I tried two weeklies this season, and mark my words – they will be my last.

This week’s news includes the return of Troy Murphy of Indiana, who played nearly 24 minutes off the bench Friday. Murph racked up 10 points and 12 boards in his first game back, so needless to say he should be back in your lineup. Also back in action is Washington forward Antawn Jamison, who is back balling like only ‘Tawn can ball. The Lakers’ Pau Gasol finally made it onto the court Thursday, firing in 24 points and grabbing 13 boards. Tony Parker, in and out of the lineup all year with ankle woes, was back in action Saturday, and looked none the worse for wear, going off for 17 points, eight assists, six boards, a steal and a block, so make sure he’s in your lineup.

Michael Redd is slated to return this week, but is not a recommended play until he shows that he’s back in form. Ditto for Shawn Marion of Dallas, who is scheduled to return Tuesday from his sprained ankle.

Milwaukee centre Andrew Bogut will not play this week as he recovers from a strained calf ligament and leg bruise. Also on the shelf is Orlando point guard Jameer Nelson, along with Manu Ginobli of San Antonio. Uber-guard Chris Paul is also still on the mend, and all his owners can do is try to muddle through without their man.

Drew Gooden, Dallas Mavericks: With Erick Dampier sidelined, Gooden has stepped in and accounted himself very well, averaging 14.8 points and 13 rebounds in his first three starts. Gooden’s game fits the Mavs’ style much better than the plodding Dampier, and he may not give up the starting gig even after Damp makes it back onto the court. Gooden is owned in only about 20 per cent of Yahoo! leagues, and should be rostered in most leagues with 12 or more teams – especially while Dampier is out.

J.J. Hickson, Cleveland Cavaliers: Hickson has averaged 13.6 points and 4.6 boards in his seven games as a starter for the Cavs, and is becoming a popular waiver wire grab in deeper leagues. He’ll never be a top scoring option (that No. 23 guy always seems to get the ball), but Hickson should certainly put up serviceable numbers while he’s seeing starter’s minutes.

Corey Maggette, Golden State Warriors: Maggette has been perhaps the biggest beneficiary of the Stephen Jackson trade, throwing down 23 points, grabbing eight rebounds, dishing out three assists, blocking a shot and recording one steal in his first start of the season on Wednesday. With Kelenna Azubuike out for the season, Maggette figures to log heavy minutes and put up some very nice numbers – though the usual “Nellie” caveats apply. Maggette is owned in about 70 per cent of Yahoo! leagues, so time is running out to grab him, unless you’re in a smaller league.

Ersan Ilyasova, Milwaukee Bucks: Deep league owners in need of threes should have Ilyasova on their radar screens if not their rosters. The 22-year-old has averaged 9.8 points, 6.6 rebounds and 1.4 treys in limited minutes this season, but his ability from beyond the arc makes him a viable option in leagues with 14 or more teams. The fact that he’s been starting the past few games makes him even more attractive. Keep an eye on Ilyasova’s minutes when Redd returns to the lineup, but for now Ilyasova is a decent grab if you’re desperate for boards and threes.

Dahntay Jones, Indiana Pacers: Jones’ value may drop a bit now that Murphy is back, but the 17 points Jones threw in during Murph’s first game back is encouraging indeed. The Indiana swingman was averaging 17.4 points, 4.3 rebounds, 2.1 assists and 1.2 blocks through his first 10 games of the season, and is a good candidate for sixth-man duty once Murphy’s back to full speed.

Peja Stojakovic, New Orleans Hornets: Peja has turned up the gas in CP3’s absence, averaging 21.6 points, 7.3 rebounds and four treys in his first three games after Paul went down. Stojakovic is available in only about 30 per cent of Yahoo! leagues, so if he’s out there, grab him now.

Jason Williams, Orlando Magic: Nelson figures to be on the shelf for most – if not all – of December, leaving the door open for the veteran Williams to post big-time numbers. White Chocolate’s upside is limited, as he’s not much of a scorer and just turned 34 years old – but he should hand out enough dimes and throw down enough trey balls to be Fantasy-relevant in most larger leagues. If you’re in a standard 10-teamer, feel free to ignore Williams, but others should definitely try to find a home for J-Will until Nelson makes it back from his knee surgery.

Will Bynum, Detroit Pistons: Bynum has cashed in on the absence of Rip Hamilton (sprained ankle) to average 16.2 points and 4.3 assists in November, and the Piston combo-guard should be a part of most Fantasy rosters until Hamilton re-enters the picture. Since no one is quite sure when that will be, feel free to grab Bynum and enjoy the short-term boost in points, dimes and steals. Bynum’s fine play has probably earned him more minutes even after Rip returns, so don’t be too quick to cut bait.

Chris Douglas-Roberts, New Jersey Nets: CDR missed three games whilst battling swine flu, but he’s back in a big way. How big? Try 58 points, 22 rebounds, six assists and four steals Tuesday and Wednesday combined. If Douglas-Roberts is available in your 12-team league, run – do not walk – to your waiver wire and grab him…right now. Don’t look for many threes from CDR, but the two-guard should be a consistent point scorer and rack up a surprising number of rebounds for at least the near future.

Tom the Turkey, dinner tables everywhere: We here at the Wire Troll see Tom as a popular pick-up this Thursday – and he should have some value the rest of the week, provided he can avoid, ahem…fowl trouble. Don’t look for much staying power, though, as most folks will cut Tom from their rosters for good once December rolls around. For now, though, load up a plate, double down on the taters and pass the gravy.

All of us here at the Wire Troll would like to wish you and yours a very happy and safe Thanksgiving. We’ll see you again about the time the leftovers run out.

By Buck Davidson
This entry was posted on Sunday, November 22nd, 2009 at 1:24 pm and is filed under BASKETBALL, Buck Davidson, The Wire Troll. You can follow any responses to this entry through the RSS 2.0 feed. You can leave a response, or trackback from your own site.