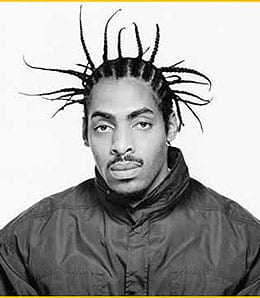 Despite losing two of three in Philadelphia on the weekend, the Atlanta Braves are still very much in the playoff race thanks to taking the first two games of their four-game set in Florida this week.

A 17-11 August buoyed the Braves’ chances of a first post-season appearance since 2005, but it will almost certainly have to come via the Wild Card. Losing the series in Philly dropped Atlanta 7.5 games back of the Phils, so you can kiss the NL East goodbye. However, both the Rockies and Giants have been spinning their wheels lately, allowing the Braves to gain a bit of ground, pulling within two games of San Francisco and three of Colorado in the Wild Card race. As a bonus, the Braves have now moved a couple of games ahead of the Marlins, and a series sweep in Florida could do serious damage to one of their main competitors.

It’s definitely been a successful rebound in Atlanta, as the Braves are just two wins shy of matching last season’s total, with still 30 games left on the schedule. And the club has received a major boost with the return of Tim Hudson, who pitched quite effectively on Tuesday to win his first start in over a year.

The fact that they have played so well lately despite Chipper Jones enduring one of the worst slumps of his career is a testament to how improved the Braves are.

Jones remains a clubhouse leader – and has to be an inspiration as the last remaining link to Atlanta’s glory years – but he has scuffled so badly of late that last season’s batting title seems like about 20 years ago.

He recently snapped out of a 1-for-32 skid, but is now mired in another 3-for-18 slump. August was Jones’ worst month of the season, as he couldn’t even manage a .250 BA.

While Jones continues to draw walks at a superb rate, that’s about all he has going for him now as he struggles through his worst season since 2004 when many of us thought he was just about done. It’s so bad that Jones’ slugging percentage is at its lowest since he was a rookie. To that in perspective of how long ago that was, it was the same year that Coolio’s “Gangsta’s Paradise” was the biggest hit in the country. Yes, Chipper is old.

We identified early in the season that he wasn’t going to come close to repeating his brilliant 2008, but the fall has been far more precipitous than we imagined.

If Jones doesn’t snap out of his slump soon, Atlanta is going to be very hard pressed to overtake the Wild Card leaders and get back to the playoffs.

One Brave who is thrilled to see the Marlins is Brian McCann, who is definitely over whatever was plaguing him against the Fish earlier this season. McCann, who sat in the series opener, helped key a 4-3 Braves’ win Tuesday by going 2-for-4 with an RBI double, snapping a 2-for-17 slump.

McCann is absolutely killing the Marlins lately, having gone 8-for-17 with two dingers and nine ribbies in the last four games against Florida. What a turnaround from earlier this season, when he went 0-for-16 in the previous five games against them.

August was also extremely unkind to McCann, as he recorded an OPS of just 704 – by far his worst month of the season. However, he did manage five homers and 20 RBI, so the news wasn’t all bad for his owners.

Overall, McCann’s numbers are down, and his power has slipped slightly this season. But let us remember that despite the fact it seems he’s been around forever, McCann is just 25, so there is still plenty of upside here – especially in the power department. I think it’s quite conceivable he will put up a 30-homer campaign or two before the book is closed.

Yet another Brave who endured a rough August (just how did they enjoy such a good month?) is Garret Anderson. He went hitless his final two games of the month to close out a poor August at .260 with just 10 RBI – a big disappointment after the vet looked like his old self in July (five homers, .326 BA, 944 OPS).

However, Anderson came through Tuesday by going 1-for-3 with an RBI and a walk. He’s enjoyed a modest uptick in power this season, but overall is not performing as well as he did last year with the Angels.

We weren’t really expecting that much out of Anderson this season, ranking him as a top 70 outfielder heading into the season, and until his rough August, he was probably right in line with our projections.

At this point, Anderson is only an asset in deeper NL-only leagues, but the Braves can’t complain too much considering a dude they only committed a minor league deal to is batting almost .290.

By RotoRob
Tags: Atlanta Braves
This entry was posted on Wednesday, September 2nd, 2009 at 11:35 am and is filed under BASEBALL, RotoRob, Team report. You can follow any responses to this entry through the RSS 2.0 feed. Both comments and pings are currently closed.