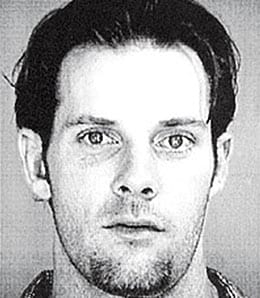 Kerry Collins isn’t a stud Fantasy QB, but he did lead the Titans to 13 wins last season.

We’re on a roll today, back with more of the 2009 RotoRob NFL Draft Kit with yet another team preview (we’re now done with all the AFC teams and have already started to churn out a few NFC teams). We’re going to try to shoot out all these team previews and then start releasing the kit’s other goodies (cheat sheets, sleepers/busts lists, etc.). While Dante’ Stallworth clues in to the fact that people “come out of nowhere” when you’re freaking pissed to the gills, let’s turn our attention to the Tennessee Titans, who enjoyed a brilliant 2008, but were unable to do anything in the playoffs.

Coming off a playoff appearance during the ’07 season, the Titans expected Vince Young to lead them back in ‘08. Well, they got half of what they expected. The Titans produced the NFL’s best regular season record led by Kerry Collins, who began his NFL career in 1995 when Yahoo! was founded and the DVD was invented. Now, that’s old. Another huge contributor proved to be rookie running back Chris Johnson, who not only led all first year backs in rushing, but combined with fellow teammate LenDale White to form one of the league’s best one-two punches in the backfield. Meanwhile, the defense punished their opponents, ranking seventh overall.

Finishing 13-3 did not give Titans fans much to complain about…until the postseason. The team’s less-than-enthralling passing game turned out to be its Achilles’ heel. Collins only threw 12 touchdown passes and Tennessee struggled to stretch the field, which was an issue addressed during the offseason.

When figuring out the Fantasy value of Collins, simply apply the Troy Aikmanprinciple. Such a rule states that the quarterback’s real value to his team is a complete 180 from his Fantasy worth. Collins is a far better quarterback for the Titans than Young, but he’s a poor Fantasy option. While he only got sacked eight times last season, Collins threw just 12 touchdown passes. Tennessee’s standard mode of transportation is on the ground. Regardless of who is under centre, stray away from all Titan quarterbacks.

The alleged owners of the nickname “Smash & Dash” did plenty of both to opponents in 2008. Johnson put together a strong rookie resume by rushing for 1,228 yards and scoring 10 touchdowns en route to making the Pro Bowl. Johnson’s versatility and game-breaking speed make him potentially a top five Fantasy back. His much plumper teammate, White, did not have Johnson’s success on the ground, but scored 15 touchdowns. The biggest concern for any Johnson owner is White stealing scores at the goal line. That will be a likely occurrence again in 2009.

The snooze fest that is the Titan receiving corps needs a serious jolt of life. Seeking its first 1,000 yard-receiver since 2004, the Titans hope Washington will give them a deep threat with the rookie Britt working the middle of the field. Justin Gage returns after grabbing half of Collins’ 12 scoring strikes. No one in this group will exactly conjure up memories of former great Charley Hennigan. Let me guess. You’ve never heard of Hennigan, right? Well, the former Houston Oiler and five-time Pro Bowler is the second receiver in league history to catch at least 100 passes in a season. Anyways, avoid Titan receivers but if you must, take a flyer on Washington.

Scaife is the breadwinner out of this group. He only caught two touchdowns last season, but with the Titans, that is the equivalent of eight. One would think with the arrival of Cook, that Alge Crumpler’s days in Tennessee are numbered. After all, his biggest contribution last season was a big fumble against the Ravens in the playoffs. Take Scaife, but only in the role as a back-up tight end.

While their return game is not awe-inspiring, the Titan defense is no filler and all killer. Tennessee’s band of relative no-names ravaged offenses, finishing with the second fewest points allowed a season ago. Without Haynesworth in the middle, they need to ask different players to produce –and quickly. One player on the spot will be defensive tackle Jason Jones, who enters his second year after tallying five sacks. Elsewhere, the secondary is led by All-Pro cornerback Cortland Finnegan, who intercepted five passes in ’08 and is armed perhaps with the league’s best name. Consider them a top tier defensive unit.

By Derek Jones
Tags: 2009 NFL Draft Kit
This entry was posted on Wednesday, July 1st, 2009 at 1:19 pm and is filed under 2009 RotoRob NFL Draft Kit, Derek Jones, FOOTBALL, Team report. You can follow any responses to this entry through the RSS 2.0 feed. Both comments and pings are currently closed.