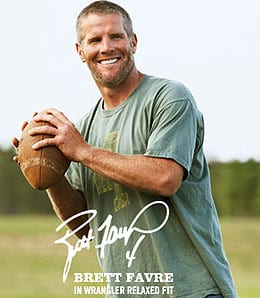 Now that Brett Favre is gone, the Jets’ QB situation is unsettled.

We’ve got more of the 2009 RotoRob NFL Draft Kit for you today with yet another team preview (we’re now well over halfway through these puppies). We’re going to try to shoot out all these team previews and then start releasing the kit’s other goodies (cheat sheets, sleepers/busts lists, etc.). While you wonder whether Michael Vick is fit to work with children, let’s see if the Jets have what it takes to build on last year’s recovery and make it back to the postseason for the first time since 2006.

The signing of farmhand Brett Favre brought a Hilton-esque (Paris, not Nicky) feel to the Jets’ 2008 season. New York got off to a great start, opening the season with eight wins in their first 11 games. Favre was jumping around like a schoolboy, there fans were chanting (J-E-T-S, JETS, JETS, JETS) and Eric Mangini looked like a boy-genius. Everything seemed on track for a storybook ending until about Week 13. Fantasy-wise, the only stud on the team was running back Thomas Jones, who racked up over 1,500 combined yards to go with 15 total touchdowns.

Nothing really went wrong until the calendar turned to December, as the Jets lost four of their last five games, resulting in another season at home come playoff time. Some would wonder if Favre’s old bones have hindered his cold weather performance late in his career, but there is probably myriad issues. It was realized this offseason that he played a good amount of the season with a fairly serious shoulder injury that most definitely would have affected his play. Outside of Favre’s problems, this team was filled with mediocre and below average Fantasy players that were never really on the radar.

After the late-season collapse, Mangini was fired and replaced with Rex Ryan, the former assistant head coach of the Ravens. He brought with him LB Bart Scott and S Jim Leonhard, who were both signed by the Jets as free agents. The other notable move was acquiring CB Lito Sheppard from the Eagles for draft picks. With the change of leadership, the Jets should be more focused on defense this year and will play a more conservative brand of football on offense.

This was a big offseason for the Jets as they drafted their quarterback of the future, Mark Sanchez. Also drafted was running back Shonn Greene, out of Iowa, who was a total beast in college and could be an immediate factor. Overall, this draft was mortgaged for basically three players (Sheppard, Sanchez, and Greene), but in a few years we could be looking back at this as the draft that molded the future of the Jets. Then again, we could also be saying, what the hell were they thinking?

The starting job will be decided by the off-season preparation and play of Sanchez and Kellen Clemens. I think Clemens may have a slight edge to start Week One, but I would be surprised if Sanchez is not the starter by the midpoint of the season. Regardless who plays, neither guy is a bona fide Fantasy starter this year, so don’t be surprised if the Jets are weak offensively this year. Sanchez has promise down the line, so don’t be scared to snag him up if you are in a keeper league; just don’t expect him to pull a Matt Ryan this season. I just think Sanchez has the head and moxy to be a star quarterback in this league and New York is the perfect market for a guy like him.

The starter is 2008 AFC rushing leader Jones, but he will be pushed by newcomer Greene, who will look to steal some carries and could be a very good late-round value pick. Also in the mix is return specialist Leon Washington, who has great speed and will get some time as a third-down back.

The main wideout will once again be Jerricho Cotchery, who slipped a little last year after averaging over 80 catches and 1,000 yards the previous two seasons. The fact that Laveranues Coles left via free agency will allow defenses to focus more closely on Cotchery, and that may be bad news if you’re hoping for a recovery from him. Cotchery will be joined by David Clowney, a hard worker who looks ready to take a big step forward this year, and quarterback turned wide receiver Brad Smith, who enjoyed a big spring and could also be ready to break out. As things stand now, however, Cotchery is the only Fantasy starter on this squad, unless you are in the deepest of leagues.

I think Dustin Keller is going to be a great tight end in this league and it would behoove Sanchez to buddy up with the second-year starter. Also on the squad is Bubba Franks, who the Jets re-signed as a free agent, but he is nothing more than a veteran that provides depth. Keller is a top 10 tight end, and is a nice player to have in a dynasty league.

The Jets gave up their share of points last year (finishing in the middle of the pack in points per game allowed), but they should have a renewed emphasis on defense with the arrival of new head coach Ryan and his stud linebacker Scott. I expect a turnaround in this unit, making them a top 15 defense which can be useful in Fantasy this year.

By Alex Hardin
This entry was posted on Wednesday, July 1st, 2009 at 11:48 am and is filed under 2009 RotoRob NFL Draft Kit, Alex Hardin, FOOTBALL, Team report. You can follow any responses to this entry through the RSS 2.0 feed. You can leave a response, or trackback from your own site.