Minor Matters: On the Comeback Trail? 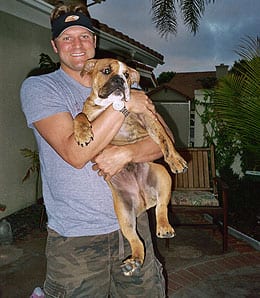 Shawn Estes, whose career has gone to the dogs in recent years, looked sharp in his first start at Triple-A.

Did you happen to check out the first start by Shawn Estes, currently pitching in the Dodger organization at Triple-A Albuquerque? On Monday, he surrendered just three hits and a run over four innings, striking out three and walking one. This 36-year-old lefty, the author of 101 career major league victories, has struggled with his health in the past couple of seasons, and in his nine appearances with the Padres (all but one of which were starts) last year, he was simply too hittable. And while he pitched well in 44 2/3 Triple-A innings, proving a bit harder to hit and showing better control, command issues have always haunted Estes. He had a legitimate chance to earn the fifth starter job in San Diego last season, but regardless of his solid debut this year, I think the major league chances for Estes are drying up, especially considering how pathetic he looked this spring out of the Dodger bullpen. If he stays healthy and continues to show strong command at Triple-A, he may change my opinion, but for now, it’s going to take a meteor hitting the Dodger bullpen for Estes to have value.

Another major league veteran looking to pitch well enough for the Isotopes to get back to the Show is Jeff Weaver. He got cuffed around in his first outing of the season, but looked much sharper Monday, tossing three hitless innings of relief. The 32-year-old spent the entire season at Triple-A last year, split between the Cleveland and Milwaukee affiliates, and simply put, he was rancid, going just 4-6 in a swingman role. Weaver was shelled for 16 home runs in 84 2/3 IP, walking 30 and striking out 59, while opponents battered him to the tune of .304. The Dodgers signed him to a minor league deal, hoping they’d catch lightning in a bottle, but pitching strictly out of the bullpen this spring, he was awful, surrendering way too many hits.

Outfielder Jake Fox, who almost won a bench role with the Cubs based on his big spring, has gone down to Triple-A and hit the freaking cover off the ball. He’s got at least one hit in all six games, and after Tuesday’s huge night – 4-for-5 with a double, two homers, three runs and five RBI – he’s now batting .545 with 25 total bases while displaying an excellent batting eye in the early going. A former catcher, Fox had a big season at Double-A in 2008, but struggled when he was promoted to Triple-A. This time around, he’s making a mockery of the minors, and at the age of 26, he’s ready for an extended look in the majors. Should Milton Bradley’s groin injury worsen, I’d love to see the powerful Fox get the call to replace him.

Long-time Twin Luis Rivas failed to win a utility role with the Cubs this spring, so he’s now toiling for their Triple-A squad. Well, he got off to an abysmal start (2-for-15), but the 29-year-old Venezuelan second baseman showed signs of life Tuesday, going 2-for-5 with two runs and a steal. Speed has always been Rivas’ calling card, but with a lifetime OBP of just over .300 through 2,101 big league at bats, he’s a poster boy for the old adage ‘you can’t steal first base.’ Rivas may not see a major league diamond again without a ticket.

Second baseman Nate Spears snapped an early-season slump Tuesday, going 2-for-5 with a run and a ribbie. He enjoyed a nice season in 2007 that caught our eye and earned him a promotion to Double-A. Last season, Spears was solid at Double-A, batting .299 with a .394 OBP before holding his own in a five-game trial at Triple-A. He’s back at Triple-A to start 2009, but has gotten out of the gates slowly, failing to record an extra-base hit yet. However, Spears is just 23, and after he hit .349 with 26 runs, 19 RBI and 16 walks in 23 games in the AFL last year, I’m definitely more bullish on his long-term prospects. Mike Fontenot is capable of holding the fort at Wrigley this season, but Spears could force his way into the picture if he starts to rake at Triple-A. Keep an eye on this kid.

Jeff Samardzija, one of the Cubs’ top prospects, got roughed up in his first outing out of the Triple-A Iowa pen, but he sure looked good in his first start Monday, giving up just two hits and no earned runs over four, fanning four and walking one. At one point, he retired 11 straight batters. This 24-year-old righty has a bright future, and the while the Cubs used him as a reliever in the majors last season, they sent him down this spring to have him start again. In 2008, as a starter in Double-A, he struggled with his control, but looked much better at Triple-A (even though he had some issues with long balls). Converted to relief upon his major-league promotion, Samardzija was superb, and solved the home run problem with ease. As soon as the first Cub starter goes down (Rich Harden, anyone?), expect Samardzija to get the call.

It looks like Mitch Jones will never make it to the Show. Now 31, the one-time ASU star (he set a single-single record by mashing 27 homers his final season there) is struggling badly at Triple-A Albuquerque. An 0-for-5, two-strikeout night Tuesday has him down to .111 through six games. Jones, a seventh round pick of the Yankees back in 2000, has split the past two seasons between Japan and the Dodgers’ organization. He actually enjoyed his finest Triple-A season, batting over .300 for the first time as a pro, in 2007, but wasn’t nearly as good last year, slipping to .275 in 200 at bats. This year, however, it’s become clear that this Crash Davis type (he’s now hit over 200 career minor league dingers) won’t ever get that moment in the sun despite his prodigious power.

By RotoRob
This entry was posted on Wednesday, April 15th, 2009 at 3:39 pm and is filed under BASEBALL, Minor Matters, RotoRob. You can follow any responses to this entry through the RSS 2.0 feed. You can skip to the end and leave a response. Pinging is currently not allowed.