Health a Major Concern for Padres 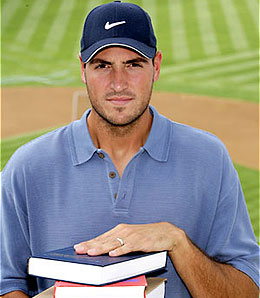 If Chris Young can learn how stay healthy for a full season, it will definitely help the Padres get back to the playoffs.

Obviously injuries can decimate any team, regardless of the depth. But few clubs will cart out as many injury-prone players – especially among their pitching ranks – than the San Diego Padres will.

Just among the starters, behind Cy Young winner Jake Peavy is No. 2 man Chris Young, who could easily be among the best starters in baseball if he did not continually suffer from late-season injuries; Greg Maddux, as durable as they come, but closing in on 42 years of age; Randy Wolf, who is desperately trying to work his way back after several injury-shortened seasons; and Mark Prior, who’s health woes are becoming the stuff of legend as this one-time can’t miss Hall of Famer is just hoping to get his once-promising career back on track.

Also battling for the No. 5 spot in the rotation is Glendon Rusch, trying to work his way back from a life-threatening blood clot in his right lung, suffered in September 2006. Shawn Estes, another candidate for the final rotation spot, is coming back from June 2006 Tommy John surgery.

This team rode its pitching staff to 89 wins last year – the most victories in a season for the Padres since 1998 – but as good as this staff can be, it also has the potential of racking up a ridiculous amount of DL trips.

The lineup isn’t nearly as fragile, except for new centerfielder Jim Edmonds – among the most injury prone men in the game.

The Padres are also hoping to catch lighting in a bottle from another injury-plagued outfielder – Jody Gerut. Gerut, who missed the past two seasons with knee problems, hit .279 with 22 homers and 75 RBI as a rookie for Cleveland in 2003, but his career has been in free fall since. San Diego gave him a minor league deal to help add depth to the outfield, a weak spot last year thanks to a raft of injuries.

The Padres also penned Tony Clark to back up first base, and he’ll provide solid power off the bench, while Robert Fick and Jeff DaVanon were also brought aboard on minor league deals.

But unless you count newcomer Tad Iguchi – who isn’t exactly a speedster relative to old second baseman Marcus Giles – the Padres didn’t do anything to address team speed, which was a key weakness in 2007 as they finished dead last in the NL in steals.

Here’s what I’d like to see happen to help this team take the next step and return to the top of the NL West:

It’s ironic that first year manager Bud Black guided the Padres to their best season in recent vintage, yet for the first time in three years, it wasn’t good enough to make the postseason. Of course, it’s even more ironic that it was all-time Padre great Tony Gwynn’s son who helped do in the Padres with a key late-September hit.

But the Padres’ late-season collapse notwithstanding, the fact that this team missed the playoffs speaks more to the massive improvements that both Arizona and Colorado experienced last season. And certainly the Dodgers will be better this season under Joe Torre and it’s possible even the Giants could take some steps forward with that great young pitching staff. So San Diego definitely has its work cut out if it hopes to return to the playoffs in 2008.

The Padres are to be commended for getting a great return on their investment. With a below average payroll, they have managed to turn in four straight winning seasons under GM Kevin Towers’ watch. But this season, they’ll have to get back to at least the 90-win mark to taste the postseason once again.

By RotoRob
This entry was posted on Sunday, February 24th, 2008 at 2:37 pm and is filed under BASEBALL, RotoRob, Team report. You can follow any responses to this entry through the RSS 2.0 feed. You can skip to the end and leave a response. Pinging is currently not allowed.