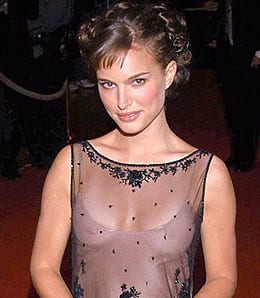 I guess I didn’t piss off the RotoRadio people too much last time, as they asked back again Monday night for more basketball banter. (My portion of the interview comes on a few minutes in and lasts about 25 minutes.)

With the NBA playoffs around the corner, much of the discussion focused on who will emerge victorious, but plenty of other topics were bandied about, including:

As always, there were plenty of laughs, including caustic observations on the sobriety (or lack thereof) of possible new Wizard coach Flip Saunders and a glimpse into RotoRob’s parallel universe, in which he apparently is bumping uglies with Natalie Portman. Mmmm…Natalie Portman.

Check out the complete show here.

By RotoRob
Tags: Podcast
This entry was posted on Tuesday, April 14th, 2009 at 9:36 am and is filed under BASKETBALL, Podcast, RotoRob. You can follow any responses to this entry through the RSS 2.0 feed. Both comments and pings are currently closed.