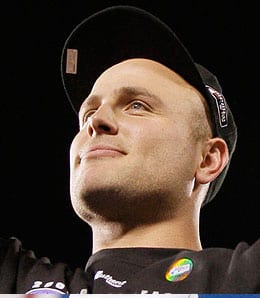 Matt Holliday has reason to smile, with the promise of huge bucks just around the corner.

We’re back with more of the 2009 RotoRob MLB Draft Kit, today with another of the Top 10 Lists Fantasy Owners Always Wanted, But Were Afraid to Ask For.

There’s nothing like the lure of a huge free agent deal to entice a player to reach down and find that extra gear. With this in mind, we identify our choices as the 10 best players who are entering their contract seasons in 2009. It may mean nothing, but it may be reason enough to nudge them up your draft boards. After all, money talks.

It’s important to note that are many key players who have player or team options in 2010 who may become free agents, but because of this uncertainty, we didn’t include them on this list. Highlights of this class include Victor Martinez, Carl Crawford, Jermaine Dye, Josh Beckett, Tim Hudson, Cliff Lee, Brandon Webb and Magglio Ordonez. Any or all of these players may approach 2009 the same way as those without contracts will, so bear this in mind.

1. Matt Holliday, OF, Oakland A’s: Holliday has been dealt from the only organization he’s ever known and heads to a new league, leaving behind one of the best hitter’s parks in the majors for one of the worst. He also gets deposited into a lineup that struggled to score runs last season; none of this is tantamount to a recipe for success in his walk year. But if Holliday can stay healthy this year, and get back to the 30-homer range, he’ll command some serious dollars as an under 30, power hitting outfielder with a career batting average of .319. However, it’s going to be a tough road for him to get there under these circumstances.

2. John Lackey, RHP, Los Angeles Angels: Lackey’s command wasn’t as sharp last season as during his 2007 breakout, but this is a serious bull capable of logging major innings. Last season he missed some time, but for several years, Lackey has been as durable a starter as there is, and this big Texan boy will get a king’s ransom if he’s allowed to hit the open market. Could this be the season he breaks through for a Cy Young award to punctuate his value?

3. Jason Bay, OF, Boston Red Sox: Bay stayed healthy last season, putting his down year in 2007 well into the past. Now in a position to be much more productive with Boston, look for Bay to scoff at any contract year stress (he’s clearly impervious to pressure) and put up a superb season. Then, this Canadian star will be able to write his own ticket.

4. Chipper Jones, 3B, Atlanta Braves: What? Chipper couldn’t delay his career-best .364 season by one year? Now, he’s going to have go out and do it again, only this time try to prove he can play even 140 games, but the fact that he’s already hurting this spring does not bode well for a healthier season. But bear in mind that at the age of 36 (and he’ll be 37 next month), Jones is probably playing for his last big contract, so let’s see if that incentive allows him to stay in the lineup more than he has in recent years. Will Atlanta pony up to bring back one of the greatest players ever to wear a Brave uni? Well, this much is sure: don’t expect Toronto to get in on the bidding.

5. Vladimir Guerrero, OF, Los Angeles Angels: Guerrero looked like he was in constant pain by season’s end last year, and the results – the worst he’s done since he was a rookie – bore that out. Well, the knee is healthy now, and the addition of OBP king Bobby Abreu is sure to translate into a hell of a lot more production for Guerrero in 2009. Here’s a man with a lot to prove in his contract season and you can be sure that Vladdy wants to send the message loud and clear that at the age of 34 he’s not on a downward spiral.

6. Rich Harden, RHP, Chicago Cubs: Harden managed to make 25 starts for the first time since 2004 (and only second time in his six-year career), and the results were well worth the wait. Of course, the fact that he didn’t even average six innings per start might have helped matters there. But with his talent, if Harden can log 25 to 30 starts (although 30 seems a bit optimistic) and chalk up, say, 175 innings, he’ll cash in big time with someone, regardless of his injury history. A 27-year-old flameballer capable of fanning more than 11 batters per nine innings? Hell, we don’t need no stinking doctor to look him over. Sign him! And someone will as long as that right arm remains attached to his torso come season’s end. Will it be the Cubs? Depends on if they can finally land Jake Peavy or not.

7. Adrian Beltre, 3B, Seattle Mariners: This consistent power threat is not yet 30 (although he will be as of next month) and he showed much better plate discipline last season. The shoulder which he had surgery on this offseason is still tender, and that’s a concern, but with an improved Mariner offense, Beltre should be in line for a much more productive season in 2009, and the added incentive of impending free agency should be the carrot to help ensure that.

8. Erik Bedard, LHP, Seattle Mariners: The left-handed version of fellow Canadian Harden, Bedard has consistently battled injury demons, although not nearly as seriously as those faced by Harden. Well, he’s healthy now and should be bound and determined to recapture his near Cy Young form of 2006-07 just in time for a big payday.

9. Jose Valverde, RHP, Houston Astros: Pop quiz: who has led the National League in saves the past two seasons? That’s right – it’s underappreciated Jose Valverde, who was more hittable in Houston last season, but offset that with his improved control. Count me among the non-believers who has now been sold. If Valverde can again top 40 saves, with an ERA in the low 3.00 range, he’ll bust the bank, K-Rod style.

10. Carlos Delgado, 1B, New York Mets: Did Delgado pick the wrong season to enjoy a huge comeback or can he duplicate his superb 2008? One thing is for sure: hitting in an excellent Met lineup, he should remain an extremely productive bat. However, asking Delgado to maintain that .606 slugging percentage that he put up in the second half may be a bit overly optimistic.