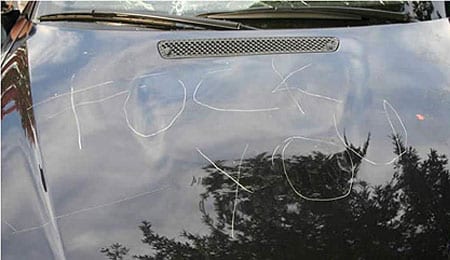 The Boston Celtics have sent a clear message to anyone who thought they were in trouble a few weeks ago.

Were any of you seriously worried about the Boston Celtics when they hit a bit of a rough patch a few weeks ago? Since dropping four straight games earlier this month (and enduring a 2-7 stretch), all the Men in Green have done is rhyme off 10 straight wins, surging back to the top of the Eastern Conference and reclaiming their status as the NBA’s best club with a mind-blowing 39-9 record.

In fact, they’ve not only silenced the naysayers, but the Cs are now on pace to possibly top last season’s record of 66 wins (currently headed for 66.7 victories). While the defense hasn’t been quite as suffocating at 2007-08 (even so, only Cleveland is giving up fewer points), Boston has improved its offense by almost a point per game this season.

Toss in Boston’s 19-game winning streak earlier this season and it already has put together a pair of runs that have lasted at least 10 games. And it’s not even February yet! This is the first time the Celtics have turned in a pair of double-digit win streaks since 1985-86, a season, by the way, which resulting in a title for them. That bodes well for a second straight championship parade this year.

Boston gets an interesting test Sunday afternoon with the Timberwolves visiting Beantown. Minny’s resurgence in recent weeks has been well documented and the Wolves are still playing well, but they head in a bit cold, having dropped two straight games. After that, Boston heads out of the road for a date in Philadelphia against a very hot Sixer squad.

Rajon Rondo hasn’t shot the ball quite as well this month, hence his scoring has dipped, but he continues to mature as a facilitator, upping his assists per game average every month so far. And he ain’t exactly slowing down, dropping 12 dimes in Friday’s win over the Pistons. In the past three games, he’s averaged almost a dozen assists per game, while protecting the pumpkin like it was a Faberge Egg (just five TOs during this stretch). As for Rondo’s weaker shooting, it hardly qualifies as a slump – he’s been quite consistent with his shot this season, and his overall numbers – a career best 51 per cent from the field – have helped make the concerns about his shooting ability back when he was a rookie seem like ancient history. As big as a leap as Rondo made as a soph, he’s almost undergone a similarly sized improvement this season. The only things holding him back from true elite PG status are his lack of an outside game and his weak FT shooting. Even without those components, the kid’s a top 10 point guard and rising.

Of course, ball distribution has been a major strength for the Celtics all season, as the team has averaged 22.6 APG, good for fifth in the association. All they did Friday was pick up 25 assists – on 31 field goals. Talk about sharing the rock. Coach Doc Rivers has his squad firing on all cylinders right now.

The downside to Boston’s recent domination – before Friday, it had won seven straight by at least 10 points and three by at least 20 points – is that, from a fantasy perspective, the Big Three is getting plenty of rest, and that always means lower numbers across the board. Kevin Garnett has continued to score, but his boards are down recently and his blocks have been almost non-existent of late as he’s been playing over a minute less than normal over the past five games. Paul Pierce is seeing over 3 MPG less over the past five, and his scoring is way down as a result. Ray Allen has had a couple of sub par games in a row, but generally speaking, has maintained his seasonal averages of late.

How’s this for freaking mind blowing? Boston struggled through that well-publicized 2-7 skid, but has taken 37 of 39 beyond that. Thirty-seven and two. That’s a .949 winning percentage for those of you scoring at home.

By the way, Boston is now 3-0 against the Pistons, the team it squared off against in the Eastern Conference Finals last season. I simply can’t write the Pistons off completely this season, but man, they are sure making it hard not to with their recent struggles.