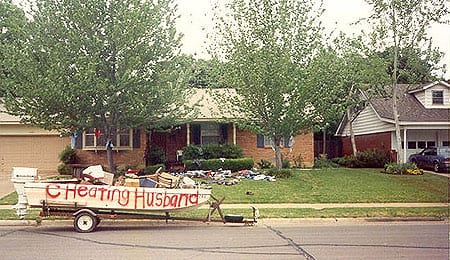 You can get yourself in trouble, or join our league — the choice is yours.

If you’re ready to face the challenges of competing against some of the best, the RotoRob’s Regulars Fantasy Baseball League is the place to be this spring and summer. On the strength of our inaugural edition, we are heading into our second year with an even stronger cast of characters to challenge the masses.

Our first season saw two highly esteemed regulars, Steve Parsons and Dave McBride, finish first and second, respectively, and both are back to try to claw their way to the top in 2009. Added to this list we have our RotoRob Football champs, the Kings of the Avatars, Jeff and Robert Graup, and the comedic stylings of Todd Habiger, who has promised to not let his team be the joke of the league in 2009.

Once again this season, we’ve assembled a fine group of experts to challenge our readers, including:

The league is a 15-team, standard 5×5 format with daily transactions, and the live draft date will be scheduled for early March. If the idea of playing the game with some of the best in the business appeals to you and you’re up to the challenge, please feel free to contact me as soon as possible. We have only four open slots heading into our second year and would like to give our regular readers the opportunity to fill those open slots.

To the winner goes the obligatory bragging rights, and of course the opportunity to explain the method to your madness in an article here on RotoRob.com.