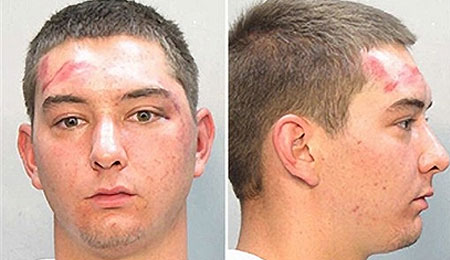 Scott Olsen, slapped around like a step child last season, has recovered nicely so far in 2008.

Sometimes in our haste to find the next phenom, we have a tendency to overlook the established veteran and the proven history that they can provide. Having the “new kid on the block” should not be underrated, but there is something to be said for having an open mind for those veterans and their track record. This past week has seen the return of Nomar Garciaparra, Randy Johnson and Kaz Matsui. In the next several weeks, Scott Rolen and Mike Lowell should be returning. It is important to not overlook the possible value of the proven veteran over the balance of the season. A well balanced and rounded approach to acquiring players will prove very beneficial in your attempts to improve your fantasy team’s chances for a successful season.

Without further ado, let’s take a look at some of the potential waiver wire pickups for Week Four.

David Murphy, Texas, OF: If Murphy is not already owned in deeper leagues and AL-only formats, he should be. With Marlon Byrd on the DL, the opportunities for playing time are there and Murphy’s .290 batting average with modest power and speed should be assets to your fantasy squad. He is currently owned by a scant 17 per cent of all players in CBS leagues. Is your outfield that deep that Murphy isn’t at least worthy of a bench slot at this time?

Manny Acosta, Atlanta, RP: We’re into another week into the 2008 season, so that must mean it’s time for another closer in Atlanta. Acosta, by default to an extent (although the fact that he closed for Triple-A Richmond and accumulated 12 saves in 2007 helps), currently has the gig. He could be a very short-term option for the Braves, with Rafael Soriano slated to come off the DL this coming week. The key word here would be “slated.” Another interesting option at this time for the Braves would be Blaine Boyer. Those 15 strikeouts in only 11 innings are looking very impressive. I have my doubts that Soriano will be ready and immediately effective this coming week, so for the time being owning the best viable option in Acosta is a decent gamble for those looking at adding some potential saves.

Greg Smith, Oakland, SP: The 24-year-old southpaw, acquired from the Diamondbacks in the Dan Haren deal, has now pitched two quality starts. Other than the three-run shot yesterday and that shaky first inning which we’ll attribute to nerves, Smith has been very consistent in the early going. As with all young pitchers, Smith will be prone to some struggles, but appears to be a decent option in AL-only leagues at this time.

Clint Barmes, Colorado, 2B/SS: “Venison Boy” finally returns. After struggling to recover from a broken collarbone, the result of falling down a flight of stairs while lugging around a slab of deer meat back in 2005, a window of opportunity has opened for Barmes in Colorado. With the early struggles of Jayson Nix at second base, former shortstop Barmes has been inserted into the Rockies’ lineup and is currently tearing the cover off the ball and bringing back memories of that hot start in 2005. Depending on the rules in your league, it is certainly possible that Barmes could qualify at 2B, SS, 3B and the outfield, making him a very nice role player in 2008.

Luke Scott, Baltimore, OF: Luke Scott has been a very solid performer in the early going for the surprising Orioles. Acquired from the Astros as part of the Miguel Tejada deal back in December, that .386 batting average hitting in the fifth slot should lead to some great RBI opportunites this year. Early on we have seen only one homer from Scott, but considering he slammed 18 homers in 369 at bats in 2007, we should see improvement over the coming weeks in the power department.

Ryan Ludwick, St. Louis, OF: Did anyone out there see this one coming? After enduring a broken right forearm, torn knee cartilage and a hip fracture over the past five seasons, if nothing else, Ludwick should be commended for his perseverance. The former top prospect is finally healthy and is starting to pay dividends for the surprising Cards. Be aware that the outfield is a crowded one in St. Louis, but with four homers, 11 RBI, and that .405 batting average, Ludwick should be guaranteed fairly regular playing time in the Cards’ lineup.

Doug Brocail, Houston, RP: Is Houston the next team to be looking at a possible change, even if temporary, in the closer position? With Jose Valverde currently struggling through the early part of 2008 with a 12.27 ERA and 15 hits allowed in his first 7 1/3 innings, the 40-year-old Brocail could be in line for some saves in Houston. In leagues that use holds, he definitely should be scooped up at this time.

Nelson Figueroa, New York Mets, SP: Without a doubt, the return of Figueroa to Major League Baseball has to be one of the top feel-good stories of the early part of the season. Since his last stop in Pittsburgh in 2004, Figueroa took 2005 off with a rotator cuff injury. This was followed by stops in New Orleans, the Mexican League, and a stint with the Uni-President Lions of the Chinese Professional Baseball League. He won Games One, Four and Seven on his way to being named the playoff MVP and leading the Lions to the championship last fall. Moving forward to this year, he’s produced two quality starts for the Mets so far and looks to be a regular member of the rotation until Pedro Martinez or Orlando Hernandez return from the DL. In deep and Head-to Head formats, Figueroa could be a worthwhile short-term investment.

Erick Aybar, Los Angeles Angels, SS/2B: For those looking to add both a solid batting average and stolen bases, Aybar could be just what the doctor ordered. With Howie Kendrick being placed on the 15-day DL this past week, Aybar is guaranteed a full-time job for now. Aybar’s 15-for-48 start and those three stolen bases, combined with Maicer Izturis’ struggles to get close to the Mendoza Line, equals a very solid pick-up at this time.

John Bowker, San Francisco, OF: After an early promotion from Triple-A Fresno, Bowker promptly went deep twice and is currently batting .412 in a limited number of bats. The 24-year-old smacked 22 homers and 35 doubles with 90 RBI last year at Double-A Connecticut. An interesting rumour currently surfacing is that the Giants could possibly be looking at converting Bowker from his natural outfield position to first base. Anything is possible right now in San Francisco with that anemic offense, so Bowker looks like a decent gamble in NL-only formats.

Rafael Betancourt, Cleveland, RP: Did I fail to mention at some point in time that I thought Joe Borowski wouldn’t make it to June this year? I should also mention in all honesty that I thought Masahide Kobayashi would get the first shot at closing, but unfortunately, Manager Eric Wedge doesn’t believe he’s ready. As a result, with Borowski off to the DL with a strained triceps, it is Betancourt who has earned the first shot at closing for the Tribe. The Tribe bullpen is very deep, so in the event that Betancourt fails to get the job done, Kobayashi, Rafael Perez, and even (gulp) Jorge Julio could potentially work their way into the mix.

Scott Olsen, Florida, SP: So which Olsen are we going to see in 2008? The one that had a very solid rookie campaign back in 2006, or last year’s version? Is Olsen, after the trials and tribulations of 2007, finally figuring it out? The 24-year-old southpaw is currently sporting a 3.05 ERA and a 1.06 WHIP and is being very effective at limiting the base-on-balls. Given this evidence, to answer my question, I’m leaning towards the 2006 Olsen at this time.

Mike Cameron, Milwaukee, OF: The 25-game suspension for amphetamine abuse is nearing an end and it is that time to start considering if Cameron can be of assistance as a fourth outfielder for your fantasy team in 2008. He usually only gets in 550 or so ABs so there is no reason to think that a 15-HR, 75-RBI season with the usual middling batting average, and 15-20 stolen bases can’t be attained this year, even with the time off for bad behaviour.

Chuck James, Atlanta, SP: James was recalled this past Saturday from Triple-A Richmond, replacing the injured Tom Glavine, and he came through with a very strong five innings of work. The “temporary” gig could be a potentially long one, as the Braves do need a replacement for the constantly injured Mike Hampton. Be wary of the partially torn rotator cuff injury, an injury James is attempting to work through at this time. In deeper NL-only leagues, James is at least worth a look-see at this time.

Luke Hochevar, Kansas City, SP: The John Bale experiment has concluded with Bale heading to the DL with arm fatigue and Hochevar getting the call to start Sunday afternoon against the Athletics. The prospect’s Triple-A numbers (a 2.60 ERA after three starts and a mere .180 BAA) bodes well for his potential success in Kansas City. Hochevar should be at the very least owned in large dynasty formats at this time.

Moises Alou, New York Mets, OF: I originally had the hot-hitting Angel Pagan slotted in as a waiver wire candidate. Pagan has been doing a very solid job for the Mets replacing the injured Alou, but the time is at hand to start considering that the oft-injured veteran in all probability will be coming off the DL this coming week. At 41, Alou can still get the job done and provide decent average and power numbers in a limited capacity. Unless Alou struggles, Pagan is likely heading back to his bench role.

Scot Shields, Los Angeles Angels, RP: The on-going ankle problems of closer Francisco Rodriguez leads one to believe that investing in top set-up man Shields could be a smart move. Shields will most certainly provide your team with save opportunities, solid hold numbers, and a decent ERA and WHIP. He has been a model of consistency over the past five years and looks like a very solid acquisition in all formats at this time.

By Tim McLeod
This entry was posted on Sunday, April 20th, 2008 at 3:02 pm and is filed under BASEBALL, The Wire Troll, Tim McLeod. You can follow any responses to this entry through the RSS 2.0 feed. You can skip to the end and leave a response. Pinging is currently not allowed.