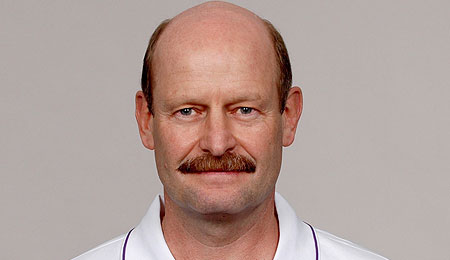 Purple Jesus! Adrian Peterson lived up to all the hype, for the most part. About the only person who didn’t realize it was Brad Childress. Childress only managed to get Peterson 238 carries to Chester Taylor’s 157. Anyway, Purple Jesus showed quite a nose for the endzone, scoring 12 times on the ground.

Besides an injury to Peterson late in the season, Tavaris Jackson’s topsy-turvy play troubled the Viking offense down the stretch. While Minnesota’s rush game ranked first in the NFL, the Vikings finished 28th in passing (averaging 171 yards per game). Besides Jackson’s struggles, the lack of a big play threat downfield contributed to this as well (no Vikings receiver eclipsed 1,000 yards or had more than four touchdown receptions). Defensively, Minnesota’s secondary could not stop anyone through the air…again, finishing last in the league against the pass. It’s not that the Vikings have a terrible secondary; sadly it’s due to how great their rush defense has been. Over the past two seasons, no team has been better at stopping the run than the Vikings.

With Childress at the helm for Minnesota, the team doesn’t worry about such things as sex boat cruises and disgruntled players. Instead, the Vikes can actually focus on football and giving Bernard Berrian $42 million over six years. I guess Minnesota brass figures that if Berrian can be successful with Chicago’s Rex Grossman, that Jackson is on par with him. The Vikings still need more help at the skill spots on offense to aid Peterson, something which would be extremely wise so that he doesn’t get overused early in his career. The Minny defense is solid in the front seven, but could use some depth via the draft in the secondary.

If we were grading the Viking wide out corps on the 1-10 scale, with 10 being the best, we’d give them a 1.5. Before they signed Berrian, they were closer to 1.4 out of 10. For those not keeping score at home, Berrian is a one-dimensional non-entity. He might be good for some long bombs, but that won’t change the overall passing offense. Of course, if they brought in a Devin Thomas or Malcolm Kelly in the draft, then we might be on to something.

Quarterbacks – In 12 starts with Minnesota, Jackson threw nine touchdown passes to 12 interceptions with the run-heavy Vikings. As evidenced by the Super Bowl, a team doesn’t necessarily need a big name, but merely someone who can just manage the game without committing the devastating mistake. Jackson has not reached that level yet. Bringing in Berrian can only matter for fantasy owners if Jackson evolves in his second season as the team’s starter. Another nine-touchdown pass season by Jackson will put Minnesota’s post-season hopes on ice again.

Wide Receivers – Yeah, they got nothing. Berrian might be a decent third wide out, but putting him alone out there is football suicide. Seriously, we’re not sure he’d make our top 30 wide receivers right now.

Tight Ends – Visanthe Shiancoe stands to get the lion’s share of passes that go to the tight ends. And our mothers taught us that if we don’t have anything nice to say, we shouldn’t say anything. And for some reason, we just remembered that now.

Defense/Special Teams – This is a bizarre unit. The defense does not make a ton of big plays. Minny’s rush defense is superior and the best unit in the league statistically. However, the team’s inability to stop the pass and offer a spark in special teams makes it a middle of the road group.

By Andy Goldstein
Tags: Minnesota Vikings
This entry was posted on Sunday, April 20th, 2008 at 11:59 am and is filed under Andy Goldstein, Derek Jones, FOOTBALL, Team report. You can follow any responses to this entry through the RSS 2.0 feed. Both comments and pings are currently closed.