The Wire Troll: Where Did All the “Aces” Go? 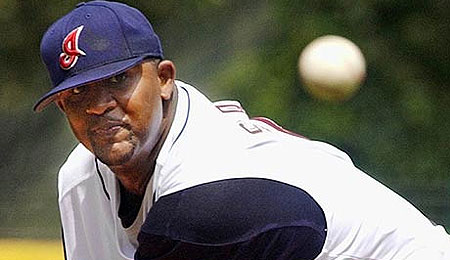 The early part of every season gives us fantasy players the opportunity to curse our pitching on a regular basis. A quick review of the past several days illustrates that quality starting pitching has definitely had it’s moments. Chris Young, C.C. Sabathia, Roy Oswalt, Ted Lilly and Fausto Carmona have certainly had more than their fair share of problems. Add to that the on-going bullpen woes being exhibited throughout baseball and the thought of lobbying for five-category leagues enters our minds.

What does all of this mean? When dealing with struggling quality pitching early on, patience is the key. Patience and sitting some of those struggling pitchers to avoid totally destroying both the earned run average and WHIP categories. It is a very long season and going into what I call panic mode, is most often something that will come back to haunt you as the season progresses. Without further ado, let’s look at some of the potential waiver wire pickups for Week Three.

Travis Buck, Oakland, OF: After a very slow start , Buck has turned things around in a very big way this past week. After failing to get a hit in his first 22 at bats, he rolled into Toronto and promptly went 7-for-16. The 24-year-old Buck is currently hitting at the top of the order for the Athletics. Those 12 strikeouts against no walks has to be of concern, but it would appear that the Athletics are going to exercise patience and so should you.

Peter Moylan, Atlanta, RP: With Rafael Soriano out with right elbow tendonitis, Moylan, coming off a very strong 2007 campaign, has inherited the closer role in Atlanta. Soriano does have a rather lengthy history of injuries and this could very easily turn into a long-term project. The Aussie has allowed a very tidy five hits and only one walk in 5 2/3 innings pitched this year and converted his first save opportunity this past week. If you’re looking for saves early, Moylan has the potential to be a very solid acquisition.

Tad Iguchi, San Diego, 2B: The homer expectations should be very modest with Petco Park as his home field, but the batting average, runs scored and stolen bases could be more than enough to make Iguchi a very decent middle infield acquisition this year. Batting second for the Padres should translate into plenty of runs.

Mike Jacobs, Florida, 1B: If somehow Jacobs can find away to stay healthy and get in 500 ABs this year, he could provide a solid boost at either the corner-infield slot or at first base in deeper formats. With five homers and ten RBI already, the former Met could be poised for a breakout campaign. Now if only his BA would come around a bit.

Dana Eveland, Oakland, SP: Traded from Arizona in the Dan Haren deal, the 24-year-old lefty is making Billy Beane looks like a genius again. Eveland will definitely get opportunities in Oakland this year and if he can continue limiting the walks and striking out a batter per inning, he could be a very nice addition to your fantasy rotation.

Francisco Liriano, Minnesota, SP: The rehab is now finished and Liriano is scheduled for his first start of the 2008 season this Sunday. In his last start at Rochester on April 8, Liriano allowed five hits and three walks, while fanning just three in four innings. For those drooling over those 2006 numbers, just remember he is coming off Tommy John surgery, so temper those expectations accordingly.

Jayson Werth, Philadelphia, OF: With injuries, also comes opportunity, and for at least the next several weeks the calf injury and subsequent DL stint for Shane Victorino provides Werth that opportunity. A decent contact hitter, Werth has the potential for moderate power numbers and a respectable batting average. For those looking for some relief because of injuries, Werth could be a decent replacement for the next several weeks.

Fred Lewis, San Francisco, OF: When Dave Roberts hit the DL with a knee injury, it has opened up an opportunity for Lewis to move into the lead-off role for the Giants. This one-time top prospect can give you some pop, above-average speed and the potential for some runs scored. Of course, we’re talking about the Giants here, so moderate expectations would most certainly be in order.

Evan Longoria, Tampa Bay, 3B: The injury to Willy Aybar has opened up the window of opportunity for uber prospect Longoria, a youngster brimming with potential. This former third overall pick in the 2006 draft has done nothing to disappoint. Coming off a very strong 2007 season, his demotion at the end of Spring Training had more to do with controlling Longoria’s rights for that extra year through to 2014, than about availing immediately of his talent. Aybar is not the answer here at all, so Longoria is a must-own in all formats at this time.

Edwin Jackson, Tampa Bay, SP: I find it very hard to believe that Jackson is only 24. Once upon a time, a top ranked prospect when he broke in with the Dodgers back in 2003, Jackson is off to a very solid start in ’08. His level of success will ultimately be determined by his ability to limit the free passes. A repeat of those 88 base-on-balls from last year will not bode well for him, but a breakout season is not out of the realm of possibility.

Hong-Chih Kuo, Los Angeles Dodgers, SP: Time to reach a bit, and with Joe Torre rather abruptly removing Esteban Loaiza from the rotation, it would appear as if we are about to see if the 2008 version of Kuo can maintain some semblance of health. Kuo has always had the big strikeout potential, but good health and Kuo are two concepts that have very rarely been mentioned at the same time. He’s a risk, but if you need Ks, Kuo could be your man.

Gabe Kapler, Milwaukee, OF: For those of you old enough to remember “Welcome Back, Kotter” and its star Gabe Kaplan, there’s a definite irony here with Kapler returning to the majors after a one-year retirement. Filling in for the suspended Mike Cameron, Kapler has been very quietly tearing the cover off the ball for the Brewers. Cameron is slated to return at the end of the month, so in all probability, Kapler will return to the bench at that time. In the interim, he could be a solid short-term acquisition for those needing a boost in those power numbers.

Gavin Floyd, Chicago White Sox, SP: Two starts, and two wins, including that near no-hitter Saturday. Ozzie Guillen is sold for now, and if Floyd can limit the walks, that potential that we’ve heard about for what seems forever might be getting a bit closer to fruition. Floyd is definitely a gamble and not for the faint of heart, but the potential rewards could be very high.

Ben Broussard, Texas, 1B: Broussard strikes out way to often, but in deep formats if you can endure the potential mediocre batting average, his power over a full season worth of at bats could be of value. With three homers and eight RBI already and a full-time job in Texas, Broussard looks worth the gamble.

Ryan Dempster, Chicago Cubs, SP: The last time we saw numbers like this from Dempster was….never? It is early and without a doubt he has settled in very nicely in his return to the rotation. Pick him up and go with the flow, but do know, of course, that at some point in time we are as likely to see the 2002-03 version of Dempster, as we are the current Cy Young candidate version.

Todd Wellemeyer, St. Louis, SP: Wellemeyer is a most intriguing commodity. He had a very solid September last year and with two quality starts this season, including 20 strikeouts in only 18 innings pitched, he is worthy of an early-season gamble. Every year there are numerous pitchers that step up from out of nowhere, and this could be Wellemeyers’ year.

By Tim McLeod
This entry was posted on Sunday, April 13th, 2008 at 6:53 pm and is filed under BASEBALL, The Wire Troll, Tim McLeod. You can follow any responses to this entry through the RSS 2.0 feed. You can leave a response, or trackback from your own site.