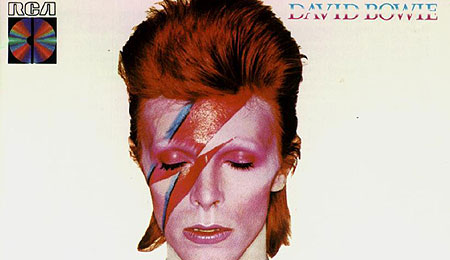 Those of you old enough to remember David Bowie’s classic 1973 album Aladdin Sane must count “Panic in Detroit” among his all-time classics. And for those of you a bit young to recall that gem, you can experience the modern day version of it by checking out what’s going on in Motor City today with the Tigers.

This team was built to win the World Series, especially after adding Miguel Cabrera, Edgar Renteria and Dontrelle Willis this offseason, but after Sunday’s 11-0 shellacking at the hands of the White Sox, the Tigers have fallen to a major-league worst 2-10.

Yeah, we keep hearing that, but the fact is that Detroit needs to go 86-64 from here on out just to match last season’s win total (which wasn’t good enough to make the playoffs, I remind you).

So when is it too early to panic?

I can’t answer that, but I can tell you what needs to turn around – the pitching. Oh, and the hitting, too. But other than that, Detroit looks great. Uh, yeah.

Let’s start with the pitching. The bullpen was a question mark to start with but is now understaffed because of injuries. Yorman Bazardo was shelled, and promptly DFAed. Bye bye. After a strong season in 2007, Zach Miner has been bitch-slapped so far this year, so he could be the next to go. You’ve to figure Jason Grilli’s hold on a roster spot is tenuous as well.

How about that rotation, projected to be a strength heading into the season? It’s 1-7, 6.38 so far. Nice. The Tigers rank last in the AL in ERA, saves, WHIP and quality starts. Nate Robertson is getting hammered. If you’re still hanging on to him, I sure hope you’ve got him reserved.

Dontrelle Willis was unhittable, but that’s mostly because he couldn’t get anything near the strike zone, walking nine batters in five innings through his two starts (which really amounted to one start and change). Now he’s on the 15-day DL with a hyperextended knee.

Kenny Rogers, the victim of yesterday’s debacle, says he’s embarrassed. He’s not the only Tiger to admit that already this season.

Could manager Jim Leyland find himself on the hot seat soon? He’s definitely feeling hot under the collar, finally losing it on his team after Sunday’s effort. Let’s see if his tirade can light a fire under this club.

Wasn’t this team supposed to score 1,000 runs this season? We sure expected the sticks to lead the way for this club. However, the Tigers are dead last in the AL in BA, runs, slugging and OPS. Perhaps it will be hitting coach Lloyd McClendon who is the sacrificial lamb here, but it’s hard to blame him considering this is a veteran team. The dudes earning the big bucks – Magglio Ordonez, Gary Sheffield, Ivan Rodriguez and Edgar Renteria – are all scuffling bad.

Sure, injuries are a factor to an extent. We’re definitely finding out just how valuable Curtis Granderson is to this offense. And now Carlos Guillen – one of the few Tigers who has been hitting well – is hurting.

So after back-to-back shutout losses to the Pale Hose (by the way, that’s four times Detroit has been shut out through 12 games; last year, it was blanked three times all year, including none in its first 60 games), the Tigers have a glorious opportunity this week to make a move in the AL Central with mini series against both the Twins and Indians. Nothing short of three wins in four games is going to cut it here. Should Detroit lose three or more, that hole it faces will begin to look bigger and bigger.

Yes, it’s only April. But only a fool wouldn’t be concerned by what’s going on in Detroit.

By RotoRob
This entry was posted on Monday, April 14th, 2008 at 2:34 pm and is filed under BASEBALL, RotoRob, Team report. You can follow any responses to this entry through the RSS 2.0 feed. You can skip to the end and leave a response. Pinging is currently not allowed.