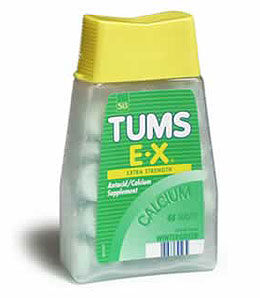 Aramis Ramirez owners must have been ecstatic Monday when he delivered his third hit in two games and tripled his season RBI total by driving in a pair. Those of you getting your panties in a bunch over Ramirez’s 2-for-16, one-RBI start need to take a chill pill. A-Ram traditionally swings a sluggish bat early, with April being his worst month over the past three years. Come June, July and August, he’ll be carrying your club. Not to worry.

So how about the Cubs blowing a 7-0 lead and needing 12 innings to dispose of Pittsburgh during the Pirates’ home opener Monday? Cubs’ fans, prepare to spend a disproportionate amount of your budget on Tums and Pepto Bismo this season.

How long do you think rookie reliever Evan Meek is going to last in Pittsburgh? He’s a Rule 5 pick, so the Pirates need to keep him around all year or lose him, but given that he’s surrendered two runs in each of his three outings, he’s not exactly helping. Wouldn’t you like to know how he managed to give up the go-ahead and insurance run to the Cubs Monday without yielding a hit? Five walks! You’ve to ask what the hell he was even doing in a tie game. Oh right, the Pirates didn’t have anyone left in the bullpen. Ugh.

By failing to land the fifth starter job, Jon Lieber lost any fantasy value he may have had at the outset of the season, but so far he seems to be adapting to the bullpen pretty well. In his first outing – a loss – the vet gave up just one hit in two innings, but two unearned runs scored. Monday, he was tidier, giving up just two hits in three shutout innings to earn the win. Lieber uncharacteristically walked two, but also fanned a pair. I imagine he’s going to find his way back into the rotation at some point, so expect Lieber to be worthy of fantasy attention later this season. Ted Lilly is sucking so far, but it’s reasonable to expect him to rebound. Jason Marquis, on the other hand, can’t be long for the rotation.

Now we know that Carmol Marmol can close it out for the Cubs, just as well as Kerry Wood has done. Wood had pitched two days in a row, so Marmol got the call Monday, and looked very steady in tossing a shutout frame with one strikeout and no walks for his first save of the year. He’s been worked hard this year already, but assuming it is Wood and not Marmol that suffers the first injury, Marmol will get his crack at saves. Regardless, he retains value in virtually all leagues – especially those tracking holds.

Sorry, Pirate fans. Your team made things exciting, but in the end has now dropped four straight home openers and 13 of the past 15. Nothing says ‘we’re going to make headway this year’ like losing your home opener. But don’t worry – the 70-win plateau is still within striking distance.

By RotoRob
This entry was posted on Tuesday, April 8th, 2008 at 12:58 pm and is filed under BASEBALL, Fantasy Notes, RotoRob. You can follow any responses to this entry through the RSS 2.0 feed. You can leave a response, or trackback from your own site.