Next Generation: Not Green with Envy 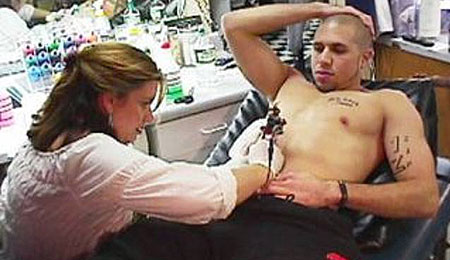 Many believe that with Mike Bibby and his ink-stained body arriving in Atlanta, Al Horford’s value should skyrocket.

Last week, I debuted my Next Generation five-tier ranking system for NBA rookies. For those that did not have the opportunity to read it, I developed a system that sorted through the first-year players and helped to categorize what we’ve seen from them up to this point in the season. They were:

Little did I know that my placement of Al Horford in the “Solid Performer Worthy of a Starting Role” would create such a hullabaloo. My inbox was filled with hate mail, asking me to consider his play of late with the acquisition of a true point guard in the form of Mike Bibby. It’s not so much that I don’t appreciate what Horford does for the Hawks. My concern, however, is what he does and will do in future years for my fantasy basketball team. Does he shoot over 50 per cent? Nope. Does he block shots? Negative. Does he seem to have any range whatsoever or good footwork on the post? Not this guy. Feel free to use him as a second centre in deep leagues, but you’re on your own if you’re going to consider him in keeper leagues.

Start preparing your hate mail now, because I’m calling out another rookie for whom I can see the writing on the wall – and it’s not pretty. Jeff Green is logging 26.0 MPG, but he’s not leaving much of an impression now or for the future.

Green reminds me so much of Richard Jefferson. RJ, like Green, came into the league at 21 years of age; both are known for their all-around game and superior athleticism; and both were traded on draft day. As a matter of fact, when comparing their rookie seasons, you can see just how similar their games actually are:

So, what does that mean? Assuming that Green’s career takes a similar path as Jefferson’s has, the Sonic youngster, like Horford, will have much more value to his NBA team than he will to fantasy basketball teams. While Jefferson’s range has greatly improved over the years, his lack of steals, rebounds or threes from the forward position leave a lot to be desired. I have little confidence that Green can do much better than Jefferson, and that means, at best, a $20 fantasy basketball player two to three years down the line. But, hey, at least Seattle fans have Kevin Durant. For the foreseeable future, Green “Belongs on the Waiver Wire,” unless you’re in a pretty darned deep league.

Jamario Moon, SF, Toronto Raptors: Here is quite possibly the safest rookie option for fantasy basketball owners down the stretch. He’s not going to hurt you in any categories, and he gives you the rare steals and blocks reminiscent of vintage Andrei Kirilenko. Over his last five games, Moon has averaged 2.2 steals along with 1.8 blocks. Don’t overlook the stellar percentages (.538 FG% and .800 FT%), along with his 9.6 PPG over this stretch. I’ve got my eye on him for fantasy rookie of the year.

Keep An Eye On

Spencer Hawes, C, Sacramento Kings: Big man, you’ve got my attention. The minutes are starting to come his way, and he’s making the most of them. Averaging a staggering three blocks per game in his last four contests, Hawes’ finest moment was his contribution in Sacramento’s victory over the Lakers, when he had 14 points, eight rebounds, four blocks, three assists, and one steal on 7-of-11 from the floor. With Brad Miller once again physically breaking down, Hawes is a very worthy pickup.

By Steve Simon
This entry was posted on Tuesday, March 11th, 2008 at 2:06 pm and is filed under BASKETBALL, Next Generation, Steve Simon. You can follow any responses to this entry through the RSS 2.0 feed. You can skip to the end and leave a response. Pinging is currently not allowed.