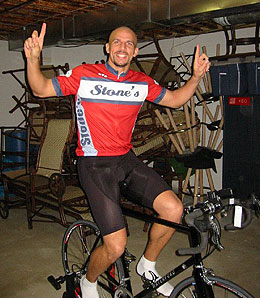 If Chris Paul was trying to make a statement, he couldn’t have done it in a more appropriate fashion, torching the Dallas Mavericks and defending NBA MVP Dirk Nowitzki for a near triple-double Wednesday night. It was an impressive display, worthy of top billing in today’s Daily Dose.

Baron Davis played the hero for the Warriors; Shaquille O’Neal made his Suns’ debut, but Kobe Bryant stole his thunder; Chris Bosh was lights out; Vince Carter enjoyed a big night, but then got hurt; Peja Stojakovic is rolling right now; and Bobby Jackson enjoyed what was likely his last game in a Hornet uniform.

While John McCain tries to distance himself from Vicki Iseman, on the court developments are proving just as interesting, and we’ve got them all in today’s Dose.

By RotoRob
This entry was posted on Thursday, February 21st, 2008 at 3:24 pm and is filed under BASKETBALL, NBA Daily Dose, RotoRob. You can follow any responses to this entry through the RSS 2.0 feed. You can leave a response, or trackback from your own site.