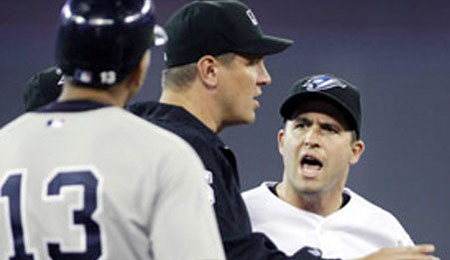 John McDonald, right, will have to do his yapping from the bench this season. (AP photo)

With Spring Training underway, it’s time for some baseball tidbits.

By RotoRob
This entry was posted on Thursday, February 21st, 2008 at 4:52 pm and is filed under BASEBALL, Fantasy Notes, RotoRob. You can follow any responses to this entry through the RSS 2.0 feed. You can skip to the end and leave a response. Pinging is currently not allowed.