Fantasy Notes: We Spoke Too Soon 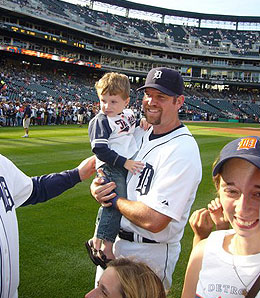 The BoSox made a liar out of us, adding Sean Casey a day after we talked about them doing next to nothing. Oh, wait, the addition of Casey means next to nothing as well.

With Spring Training just around the corner, it’s time to kick up baseball coverage a notch, so let’s check in with some fantasy notes.

By RotoRob
Tags: Boston Red Sox
This entry was posted on Saturday, February 2nd, 2008 at 7:04 pm and is filed under BASEBALL, Fantasy Notes, RotoRob. You can follow any responses to this entry through the RSS 2.0 feed. Both comments and pings are currently closed.