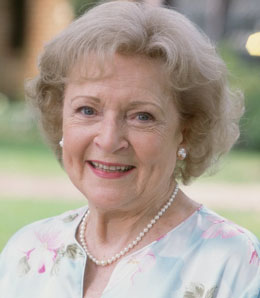 I wonder if Betty White would go out with a guy who eats cheese doodles?

[Editorial note: Rick is referring to what I wrote in a column last week where I compared the 2007 version of Sammy Sosa to Betty White, suggesting that just because Betty White was hot in the ’40s doesn’t mean I would date her now. I also admitted to my obsession with cheese doodles, a snack, I might add, that leaves my keyboard rather orange.]

What can I say? You’ve got me there.

Okay, all things even, and your team doesn’t have a true need. You have the third pick in a sim league keeper draft. Delmon Young goes number one, and it looks like Justin Verlander is going number two. Do you take Cole Hamels, Hanley Ramirez, Stephen Drew, Nick Markakis, or someone else?

Maybe I’m confused (not an uncommon occurrence), but are you trying to tell me that any player is available in this draft or is this a supplemental draft?

If it’s the former, I go: Albert Pujols or Johan Santana will the third pick. If it’s just choosing between those four (I would have no idea who else is available), I rank them:

1. Ramirez, speed and developing pop at a premium position.
2. Markakis, proved he is ready to step up as a big time player with huge second half.
3. Drew, tremendous power potential for a shortstop.
4. Hamels, poised for a breakout if he can avoid injuries.

By RotoRob
This entry was posted on Friday, January 26th, 2007 at 1:30 am and is filed under BASEBALL, Dear RotoRob, RotoRob. You can follow any responses to this entry through the RSS 2.0 feed. You can skip to the end and leave a response. Pinging is currently not allowed.