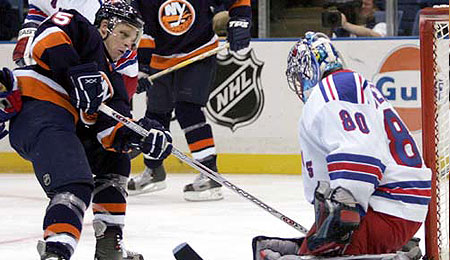 With 24 goals, just four behind his career best, Jason Blake has emerged as one of the biggest surprises in fantasy hockey in the first half.

Not much in the world of fantasy hockey news since the league’s been off for nearly a week. In the meantime, let’s take a look at some fantasy pick surprises and disappointments so far this season:

By Mike Chen
This entry was posted on Friday, January 26th, 2007 at 2:47 pm and is filed under HOCKEY, Ice Chips, Mike Chen. You can follow any responses to this entry through the RSS 2.0 feed. You can skip to the end and leave a response. Pinging is currently not allowed.