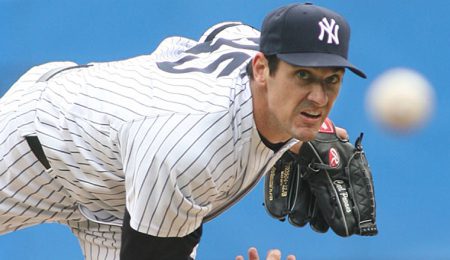 Carl Pavano may soon be an option if you’re desperate for pitching help. (Jason Szenes/AP)

In today’s Fantasy baseball notes, we examine some recent happenings in the world of the New York Yankees.

By RotoRob
Tags: Bobby Abreu, C.J. Henry, Carl Pavano, Cory Lidle, Miguel Cairo, New York Yankees, Nick Green, Philip Hughes, Robinson Cano
This entry was posted on Wednesday, August 9th, 2006 at 1:06 am and is filed under BASEBALL, Fantasy Notes, RotoRob. You can follow any responses to this entry through the RSS 2.0 feed. You can leave a response, or trackback from your own site.