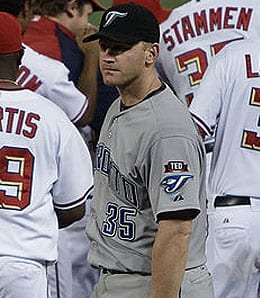 By RotoRob
Tags: Aaron Rowand, Brett Myers, Chase Utley, Lyle Overbay, Philadelphia Phillies, Rheal Cormier, Toronto Blue Jays, Troy Glaus
This entry was posted on Saturday, July 1st, 2006 at 11:37 pm and is filed under BASEBALL, Game report, RotoRob. You can follow any responses to this entry through the RSS 2.0 feed. Responses are currently closed, but you can trackback from your own site.