The Wire Troll: As the Hockey Leaves Fall 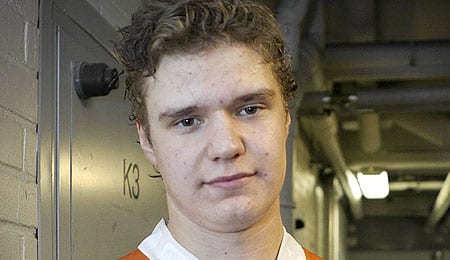 It is hard to believe that the second week of the Fantasy hockey season is just about over. So far, scoring still seems to be up and the Metropolitan Division is struggling with the Rangers, Capitals, Flyers, and Devils a combined 3-15-3. The result has caused some shifts in the waiver wire. When you think about it, it is only October. Please keep that in mind before you panic and make a move you may regret later.

There is a certain chaos as teams are starting to feel the injury bug, and that makes betting on NHL hockey particularly tough. No doubt most Fantasy teams are feeling the same pinch. Percentage rates are shooting up and down like no one’s business. Having said that, let’s get down to business as we fire up this week’s Wire Troll.

Aleksander Barkov, C, Florida Panthers: The number two pick in this year’s draft is doing alright, isn’t he? With five points in five games, Barkov is showing — as we predicted — that he can play the North American game while throwing the lumber around a bit. Did you see the show he put on against the Penguins on Friday? If not, check out the video below. Granted, Barkov is going to experience some peaks and valleys but at 210 pounds, he can take the beating most rookies would have trouble dealing with. His ownership rate should easily rise a good deal by early week. The only knock would be the less than 15:00 ATOI but, hey, he is a rookie. At the very worst, the Finnish talent would be a third or fourth centre in Fantasy leagues.

Brad Boyes, RW, Florida Panthers: When he plays on the first line, it seems magic happens for Boyes. With early season balanced ATOIs, the minutes are a bit low but Florida’s plan paid off handsomely against Pittsburgh (a 6-3 win). If Boyes continues to play on the first line, he is absolutely worth a look. What would his ice time look like? Perhaps around 17 minutes a night is a possibility. Can Boyes keep up the shots and scoring chances? That does seem likely. He is owned in less than 10 per cent of leagues and he is a player to get while you can.

Mathieu Perreault, C, Anaheim Ducks: Perreault is on a three-game point streak playing right around 15 minutes a night. He will see a tiny amount of PP2 time every so often along with his third line duties. Andrew Cogliano and David Winnik make life easy as third liners who play like fringe top six forwards. The Ducks balance after the first line does help increase Perreault’s ice time so long as he stays healthy. He is good to go Sunday against Ottawa so full steam ahead!

Willie Mitchell, D, Los Angeles Kings: This is one of those deep dish defensive Hail Mary type of picks. Why? Mitchell will only help you with hits, blocks, and ATOI. That’s it. His ownership rate is a paltry 1-to-2 per cent across leagues so he is almost a dime a dozen, but the fact that he gets consistent minutes like a Bryce Salvador type makes him worth a hair more than usual. Players like Salvador and Mitchell may not provide offense but they fill a few categories while being easy pickings on the wire.

That is it for this week. As always you can follow me @ChrisWasselTHW for the latest Fantasy hockey news and more. Good luck.

Who’s your favourite Fantasy hockey waiver wire pick of the week? Let us know in the comments below.