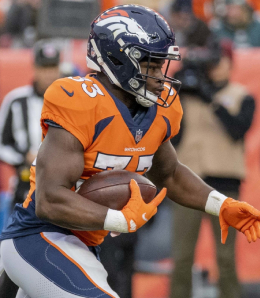 We were surprised at how low the projections for Javonte Williams were. (All-Pro Reels)

Colin recently released his 2022 Fantasy football rankings, so we spent the show discussing his process, some surprises and some sleepers and busts at each position.

Among the topics we went over were:

Listen to the complete analysis here…

By RotoRob
This entry was posted on Friday, August 12th, 2022 at 12:32 pm and is filed under FOOTBALL, Podcast, RotoRob. You can follow any responses to this entry through the RSS 2.0 feed. Both comments and pings are currently closed.