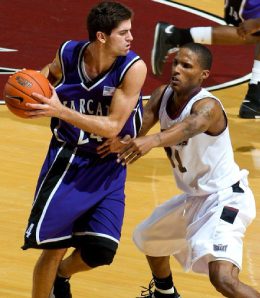 Nick Kovacevich certainly enjoyed some success during his high school and college basketball career, but it wasn’t on the court where he’d truly make his mark. It was in the cannabis industry.

The small forward was a First Team All-Conference and Second Team All-Area selection in high school before playing five games as a freshman at San Jose State in 2005-06. Kovacevich spent his sophomore season at a junior college before moving to Division II ball with Southwest Baptist University, captaining the team as a junior and senior, when he led the squad to the Sweet 16. (See below for a look at him in action at SBU.)

After earning Academic All-American honours at SBU, he went on in 2010 to become the Co-founder, CEO and Chairman of KushCo Holdings, a California-based public company that sells packaging, containers and other ancillary products for the cannabis industry.

We recently sat down with Kovacevich and had a lively discussion, covering such topics as:

By RotoRob
This entry was posted on Wednesday, August 4th, 2021 at 10:37 am and is filed under BASKETBALL, Interview, RotoRob. You can follow any responses to this entry through the RSS 2.0 feed. Both comments and pings are currently closed.